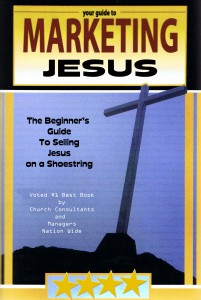 We are surrounded by deception, misrepresentations, trickery, stagecraft, illusions, sleights of hand, delusions, perceptions, opinions, marketing, advertising, and much wishful thinking, but not truth. It matters not where you go in the world, truth is hard to find.

Jer 17:9 “The heart is deceitful above all things and beyond cure. Who can understand it?”

Eccl 9:3 ” …The hearts of men, moreover, are full of evil and there is madness in their hearts while they live, and afterward they join the dead.“

Ps 10:2-4 “In his arrogance the wicked man hunts down the weak, who are caught in the schemes he devises.  He boasts of the cravings of his heart; he blesses the greedy and reviles the LORD.  In his pride the wicked does not seek him; in all his thoughts there is no room for God.“

Rom 1:24 “Therefore God gave them over in the sinful desires of their hearts…“

Our hearts are wicked and as Jeremiah said, deceitful above all things. It is, according to Jeremiah, beyond cure!

The fact of our blindness to truth is established easily. Every attitude of the heart is geared to manipulate, defraud, cheat, steal, or influence for our own gain. The motivating force of our life is our human nature of lust and pride. 1Jn 2:16 “For everything in the world‑‑the cravings of sinful man, the lust of his eyes and the boasting of what he has and does‑‑comes not from the Father but from the world.“ We are creatures of this world, and we are governed by the inherited nature of Adam, that is the fact. A child, almost instantly, discovers how to get its way. This blindness does not stop with the secular world, but is manifested in its most brilliant form in the religious world.  Left unrestrained by penalties and punishment,  men will commit the most heinous crimes against society or God.

It is onto this stage that Jesus came, as the Son of God. Into this depraved world, Truth has come. Jesus called himself the Truth – “I am…the truth“; “To this end have I come into the world, that I should bear witness onto the truth.” The Spirit is called the Spirit of Truth, and God is called the God of Truth. The Godhead is characterized by this one blunt feature – truth!

Two types of truth exist in the world today. There is the prevalent truth that dominates, and that  we see in operation all around us, every day, and at all times. This truth is the truth of the world, which has to be kept in check by rules of morals and ethics. Then there is true truth. True truth is hidden and is very rare. It is this truth that God requires in the inward parts. But, where do we find something so rare?

The Truth of This World is Evil, and Satanic

Rules and ethics are not of the truth, but are mechanisms to keep men in check, to induce civility, but they cannot make men holy. God’s rules instruct us, and point to Jesus.  Satan is a liar and the rules he institutes are cover-ups, designed to hide the evilness of man’s heart so he appears just, honest, humble, forgiving, contrite, and faithful. “The god of this age,” says Paul, “has blinded the eyes of the unbelieving.” Man is a blind, deceived creature, but God still desires “truth in the inward part.“

Systems of religion, including Christianity, that operate on these rules, and put on programs, rituals, and outward show, are false, they are not true, they are lies. The religions of this world are built on the world’s truth, and for institutional Christianity, that means unbelief. The goodness caused or the evil prevented, by obeying rules, does not qualify as the goodness required by God.

The distinguishing characteristic and motivation behind the truth of this world, that is woven deep into the fabric of organized religion, is a natural personal interest and consideration, viewing things in the light of our own advantage or disadvantage. A life based on this truth is not faith, this is unbelief and rebellion against God’s promises and provision. This is the position that Israel occupied, and they were found to be unbelievers, and it was that very thing that blinded them. They had faith in a truth that was based on natural personal interest, and built a religious system on that foundation. They allowed their flesh to dictate how they worshiped and how they defined faith. When their actions are examined carefully it is found that they were building on ground that was cursed by God.

There is no light in all the world, it is a blind thing; all of nature is blind. To the degree that we govern and build our lives by the motivation of this world is the degree of our own blindness. 1Cor 2:14 “The natural man receiveth not the things of the Spirit of God…he cannot know them, because they are spiritually discerned.“

Mark 10:42,43 “But Jesus having called them to him, says to them, Ye know that those who are esteemed to rule over the nations exercise lordship over them; and their great men exercise authority over them; but it is not so among you.“

Faith, based on true truth, has absolutely nothing to do with organized religion. Any use of the world’s ways is unbelief, and not faith. Marketing, management, manipulation, are all the ways of the men of this world to gain an advantage over others. Exaggerations and false statements are the life of marketing and advertising. Perceived value is a con, it is not real value, it is a lie. Branding is a form of mind control. Loss-leaders are tricks to sell more expensive items. Creative Strategy is the use of tone, and message to separate a customer from his money. Copywriters and art directors are hired to create desire and wants. Headline; a concise statement to lure you into an advertisement. Eye tracking, a study of how your eyes look at advertisements. Holding power, the ability to prevent viewers from switching channels. Persuasion Process; the process of twisting an audience to purchase through emotion or reason. Positioning; how a consumer perceives a product. Psychographics, a study to determine why people buy, and to get the advantage over the consumer. Subliminal Perception, to unconsciously tap a customers mind to influence them to buy. These, and many more, are all the methods of this world to manipulate people for profit or power. Christian leaders are deceived and think they can use these and other tricks to build God’s Kingdom on earth. These things mentioned here are but a drop in the bucket of the many deceptions being used on regular basis in the Church. “I hate,” said David, “every false way.“ We cannot be a lover of truth and hire a marketing professional to set a strategy to build God’s Church. This is the method being used by nearly every organized Church, “…But it is not so among you.“ 2Cor 4:2 “Instead, we have refused to use secret and shameful ways. We don’t use tricks, and we don’t distort God’s word. As God watches, we clearly reveal the truth to everyone. This is our [letter of] recommendation.“

But, this is not the end of the story. It is not just business owners, or churches, or ad agencies, or marketing companies, that use evil methods to gain wealth and power, and to make merchandise the men’s souls, it is you and I. It is only through the discovery of true truth that a beginning is made to live a life of faith in God, motivated by the love of truth to please Him. The make-up you wear, the cloths that send a certain message, the cologne or perfume, the inflection in your voice, the car you drive, the way you walk, the way you smile, the words you use to write your resume, and the list goes on, and on, and on. There is hardly a thing we do that is not consciously or unconsciously geared to gain something for ourselves, or to get the advantage. Our whole life is one with evil. Our lives are lies, a fantasy, a semblance of truth, but it is a lie.  Our hearts have been spoiled and become evil. And, it goes all the way to the top. When you voted for the lesser of two evils last election, you got it right, they are both evil. Our world is doomed, because evil reigns.

One book on marketing states that “everything is marketing.” He is correct. Nearly everything we do is designed to register some sort of effect on another person or persons, and those who have established themselves as the “leaders” use every means available to manage and secure for themselves a bounty of men and women. I believe nearly all of them do it out of ignorance, but nonetheless, they do it.

We started off asking, where do we find faith in the world, and it is similar to the question that Jesus asked, “will I find faith on the earth when I return.” Obviously faith is a rare thing.

Christians refuse to separate themselves from the world, but that is a big part of the answer. To separate ourselves means to not participate in the schemes of marketing manipulation, and worldly management practices.  Jesus knew the extent to which men would become involved in the processes of this world. He knew that those processes would be used in building the church. He knew that at the end of the age the church would have become totally absorbed in the world, and that there would be no difference from the world, except the vocabulary. He knew that men would have completely bought into “the Lie.” That “lie” is the fact that men believe that they can build God’s Kingdom using the processes of this world, and only using the word “faith” as a tag line at the bottom of some statement, creed, or confession. Faith is no less than trusting God, just like Moses, Joshua, the Prophets, the Apostles, and some few others who have discovered the “Truth.”

3 replies on “Where Do We Find Truth In The World?”

Thanks for this post – and like with most, if not all, your posts direct me to seek Him above all. I appreciate this truth.

Your comments are always appreciated.