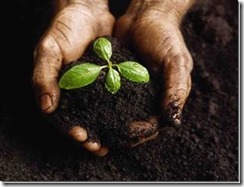 The idea among many unbelievers is that if Christianity is “the truth” then why wasn’t it accepted as soon as it made its appearance and the lives of all men changed instantly? But, isn’t this like saying that a flower should appear in its glory before even the seed has germinated?

Christianity is a new way of looking at life. It is not a system of laws, the Constitution, or Bill of Rights which are imposed upon men through the inducement of force. Christianity, on the other hand, can only be freely ingested and digested, that is, it must be spiritually assimilated and processed.

A small minority of Christians, by way of a mysterious instinct, have discerned the truth and surrender themselves easily to it and desire its effects, and accept its consequences. Other Christians – the majority – through mistakes, experimentation, and suffering arrive all beaten-up to recognize the truth and finally accept it.

Why is it so easy for some Christians to see and accept truth yet so difficult for the majority? What is it that makes the journey so hard? The answer is “leaven.” Leaven (yeast) is the corruption that exists in the world and in man, and this leaven has corrupted Christianity. Christianity has been delivered, demonstrated, and represented to mankind, in increasing degrees of corruption for 1700 years. Corrupt Christianity now stands as the greatest obstacle to the acceptance of “truth.”

Christianity is both truth and prophecy. It is necessary for the seed to lay beneath the soil for a period of time before pushing its way toward the light and warmth. The flower of a new Radical Reformation is just beginning to break through the soil of our generation. The corruption of Christianity and its acceptance, by the majority of professing Christians, in its corrupted form, was necessary; the corruption itself has become the fertilizer for a new flower. The corruption of old Christianity has become the nutrient and energy of the new organism. Two thousand years ago Jesus revealed to men the truth and how they ought to live, then He told what human life and Christianity would become when men lived by their own nature and laws. Now, after twenty centuries the prophecy has been fulfilled.

The Church, having followed Jesus’ teaching in only a general sense, and having turned the truth into a lie, especially concerning our fellowman in the area of non-resistance to evil and socially in our separation and non-conformity to the world, we have been brought to the inevitable destruction foretold by Christ. The question of non-resistance and non-conformity in the world is not theoretical, it must be applied, it is at the very core of the Gospel, and it is the element which the Church most rejects.

Kingdom Christians today have come to a crossroad and a choice must be made. They can go straight ahead and continue as usual. They can turn left and follow the world in its corruption and compromise. Or, they can turn right and speak truth into the darkness of a fallen Church and become the leading element in a new Radical Reformation and be a sign to the world that a beautiful flower is born and growing even if yet a sprig.

The Truth is waiting for an answer from our generation.

4 replies on “The Truth is Waiting”

Yes, Steve, we most certainly are on the same page! Thanks for your ongoing efforts in posting your thoughts – I always appreciate knowing that there are other pilgrims out there making the same journey…

Steve,
You are more of an optimist than I am! My read on the history of Christendom is that it’s always been the “few” who find the gate and walk the narrow path that leads to life. Movements of God come and go as men attempt to erect structures in which to perpetuate what only the Spirit can accomplish. It seems that all such movements die out within two or three generations of their beginnings. So will a beautiful flower blossom in our day? My spiritual “senses” tell me that we are in a time of great apostasy; but even if I am proven wrong, we must press on to know Him, being conformed to His death that we might experience the power of His resurrection…

I am only the optimist in the sense that there will be those who will be saved who are trapped within the walls of false Christianity. I certainly am not speaking of large numbers of converts but rather like the days of the Radical Reformation, Grebel, Mannz, and Sattler, whose ranks were few and despised and killed. Like you, I do not read of great numbers of converts, but rather the few. It is that few who I want to find, it still our mission to seek-out those lost sheep. I think we are on the same page.

The beautiful flower I speak of are those who are waking-up to a great mission. Many more seeds will need to fall to the ground and die and we mst work while it is daylight because darkness coming rapidly upon us.