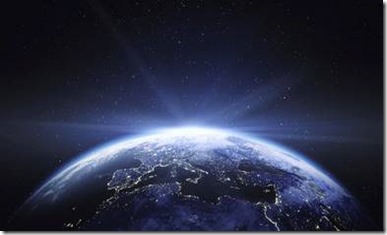 “You have heard that it was said, ‘Love your neighbor and hate your enemy.’ But I tell you, love your enemies and pray for those who persecute you that you may be children of your Father in heaven. He causes his sun to rise on the evil and the good and sends rain on the righteous and the unrighteous. If you love those who love you, what reward will you get? Are not even the tax collectors doing that? And if you greet only your own people, what are you doing more than others? Do not even pagans do that? Be perfect, therefore, as your heavenly Father is perfect.” Matt. 5:43-48.

By whom the saying, “Love your neighbor and hate your enemy,” had been spoken, it is not known. Probably it had long since passed into a common proverb, it is clear, explicit, and forceful. But, in its relationship, is another saying, “An eye for an eye and a tooth for a tooth.” Both verses had their birth in the Mosaic law regarding capital criminals and doomed national enemies. Read the following passages.

“If you hear it said about one of the towns, that the Lord your God is giving you to live in, that troublemakers have arisen among you and have led the people of their town astray, saying, ‘Let us go and worship other gods’ (gods you have not known), then you must inquire, probe and investigate it thoroughly. And if it is true and it has been proved that this detestable thing has been done among you, you must certainly put to the sword all who live in that town. You must destroy it completely, both its people and its livestock. You are to gather all the plunder of the town into the middle of the public square and completely burn the town and all its plunder as a whole burnt offering to the Lord your God. That town is to remain a ruin forever, never to be rebuilt.” Deut. 13:12-16. “However, in the cities of the nations the Lord your God is giving you as an inheritance, do not leave alive anything that breathes. Completely destroy them—the Hittites, Amorites, Canaanites, Perizzites, Hivites and Jebusites—as the Lord your God has commanded you.” Deut. 20:16-17. “Make no treaty with them, and show them no mercy.” Deut. 7:2.

With equal loathing of evil and idolatry, but in striking contrast with the institutional hatred and violence exercised towards them, Jesus says, “love, bless, do good to, and pray for them, even though they are your bitter and sworn foes.” Included in His list are enemies, haters, and persecutors, all injurers, whether personal, social, religious, or national. His words cannot be harmonized with hatred, persecution, cruelty, war, or any injury which one man, one family, one community, or one nation can do to another. The truly Christian person cannot devise, execute, or assist in any injury against an offending fellow-man. What then can a Christian family, neighborhood, community, state, or nation do? Could they act any other way than as a non-resistant toward their enemies? If they are loving, blessing, benefiting, and praying for their offenders, what an impressive unveiling of the Gospel it would display! What a victory would be won over those evil-doers! Isn’t this what Jesus requires, this lofty love and heavenly exercise? Can he mean anything less than appears upon the beautiful face of His words! What professed Christian can erect the gallows, or pull the trigger, or contemplate any injury or punishment, or pick-up any weapon of war, or give his approval to any cruelty, by individuals or society, and still declare that he is in the spirit and practice of his Lord’s commandment? Does that man love his enemies, bless those who curse him, do good to those who hate him, and pray for his injurers, who hangs, or shoots, or beats, or who swears to inflict any such evils? But listen to the Prince of Peace in his own words,

“That you may be the children of your Father which is in heaven; for he makes his sun rise on the evil and on the good, and sends rain on the just and on the unjust. For if you love them (only) who love you, what reward have you? Do not even the tax collectors the same? And if you acknowledge your brethren only, what do you more than others? Do not even the tax collectors so? Be you, therefore, perfect, even as your Father which is in heaven is perfect.” Verses 45-48.

Your Father loves His enemies, blesses those that curse Him, and does good to them that hate Him. Otherwise, the sun would not shine as it does on the evil, nor would the rain fall upon the unjust, nor would salvation come down from heaven for the lost. Receive the Spirit of your Father and imitate His goodness to the unthankful and evil. Put on His moral character and be His children. Be not content barely to love them that love you. Love, forbear with, benefit, and seek to save even the guilty and undeserving. Otherwise, what higher are you in the moral scale than the unsaved tax collector? Greet and befriend, not only your own family, friends, and intimate associates, but also all men, however strange or hostile to you. Seek, continually, to be perfect, independently good to all, as your Father in heaven is. What can be plainer than this? What can be more pure, noble-minded, spiritually excellent, or morally beautiful? This is Christian non-resistance; or rather, that perfect love, of which non-resistance is an identifying fruit.

There is serious talk today about the true role of the Christian in the world. Because the vast majority of American Christians identify with national patriotism they justify the killing of their brother. Some of these Christians are beginning to find the hidden treasure of peace and non-resistance to evil. But, as in times past, the bearer of such good news, Kingdom Christians, can expect to feel the heat of anger in return for their message of separation from the world and non-resistance to evil. With a renewed sense of obligation Kingdom Christians are beginning to cast their eyes on fields ripe for harvest outside the boundaries of their own communities and are laying plans to reach inside cities previously untouched. I believe that separation and non-resistance to evil are key ingredients in the Christians desire to evangelize a lost world. Until the Christian is willing to offer their self up as a living sacrifice and unless a seed falls to the ground and dies the world will remain just as it is. The ancient road to salvation is red with the blood of those who considered not their own lives worth keeping for the sake of their lost brothers and sisters. We have the promise of the seed, who is not afraid to fall to the ground and die, that it will bear much fruit. Our rich history is filled with the stories of those who led the way and now it is our turn. How will our story end? How will your story end? How will my story end? The world is waiting to see.

3 replies on “Who is My Neighbor? Who is My Enemy?”

Being that seed that falls to the ground and dies sounds great on Sunday morning, but somehow it looks less attractive when the opportunity to do so appears before us…

With the mindset of Christians today, that others should die for them and their freedom, that society should be cleansed of those who may harm them, and that there should be those who carry weapons as part of the routine of Sunday worship to protect worshipers, we see a Christianity that is counter to everything Christ taught. A brother and I were talking about this subject the other day. Just as those who are trained to defend and take lives there also must be training for those who would allow their enemies to remain alive. If we prepare to kill, then we will kill, if we think about self-defense and watch movies about killing then we will kill, but if we make no provision for the flesh and teach ourselves and our fellow Christians to die rather than kill and let those who have done so be our examples, then life will be multiplied. Yes, it will be hard, so the training must start now and be ongoing, but it is possible, we read of those who died willingly and prayed for such an opportunity. The vast majority will be as you say attracted only to moving Sunday sermons on the subject once a year or less. We must pray for courage and strength to follow Jesus.

Will To Be Faithful

…choose for yourselves this day whom you will serve… JOSHUA 24:15

A person’s will is embodied in the actions of the whole person. I cannot give up my will— I must exercise it, putting it into action. I must will to obey, and I must will to receive God’s Spirit. When God gives me a vision of truth, there is never a question of what He will do, but only of what I will do. The Lord has been placing in front of each of us some big proposals and plans. The best thing to do is to remember what you did before when you were touched by God. Recall the moment when you were saved, or first recognized Jesus, or realized some truth. It was easy then to yield your allegiance to God. Immediately recall those moments each time the Spirit of God brings some new proposal before you.

“…choose for yourselves this day whom you will serve….” Your choice must be a deliberate determination— it is not something into which you will automatically drift. And everything else in your life will be held in temporary suspension until you make a decision. The proposal is between you and God— do not “confer with flesh and blood” about it (Galatians 1:16). With every new proposal, the people around us seem to become more and more isolated, and that is where the tension develops. God allows the opinion of His other saints to matter to you, and yet you become less and less certain that others really understand the step you are taking. You have no business trying to find out where God is leading— the only thing God will explain to you is Himself.

From My Utmost for His Highest Updated Edition