My experience in the commercial Church with the commercial pastor is that for him individuals are merely for his own self-stimulation; he discards them as a tree shakes off and forgets its leaves and then is rejuvenated by a new Spring collection, leaving the old foliage withered and forgotten. He comes from the unknown and is gone again with not a care or concern.

But how are things looking in his own head? Just as he has led the others astray, so he himself goes astray. He has led them astray not in a necessarily deliberate premeditated sense but in an internal sense with respect to their own desires for some satiating theatrical fiction or rant. 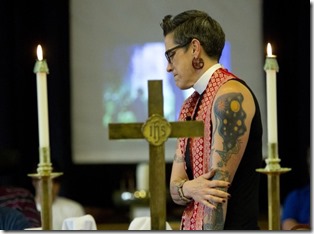 There is something dreadful and evil about the wayward seeker being directed onto a wrong path and then to abandon them to their own devices and miscalculations, but that is nothing compared to the deliberate act of some who cause the simple to stray in the circles of their own minds. The lost seeker has the personal consolation of seeing the ever-changing scenery, never imagining that there is no way out; his hope kept alive by the renewed and spinning landscape of the theological world. He who becomes lost within himself becomes a prisoner held within the small confines of his mind and soon notices the circles in which he walks with no discernable exits. 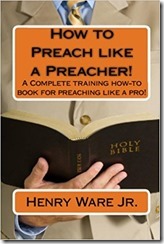 I think that these preachers will experience the same thing but on a larger and more terrible scale. Is there something worse than the scheming mind of priest or pastor who has let loose of the scarlet thread to grasp for some golden apparition? The mindfulness of his iniquity is no less than a desperate attempt at self-rescue from his shameful condition. His whole dwelling is now a house of mirrors and every exit another entrance; the sight of daylight is the magician’s pretense to lure the troubled soul to wit’s end. Like a panicked fox pursued by despair, he looks for a way out only to go deeper inside himself. Is this man to be called a criminal? He is very often frustrated by his own schemes and accuses himself, yet he is stricken with a more terrible punishment than is the criminal, for what is the pain of repentance compared to his conscious and deliberate madness? His punishment has a purely esthetic character when looked at from the underworld, it is the grunge of Hell, if that can be called beautiful. I am convinced that the supposed higher consciousness of these men is but the restlessness of self-promotion. He is not indicted but indicts himself by his techniques and marketeering, buying and selling the souls of men. The peace that they preach with so much false affection so as to build and profit, if not already robbing them of rest will be for them eternal restlessness. And, so it is also with most of the assembly line preachers who download their sermons, take their pay, and preach their lies.

One reply on “The State of Professional Preachers”

“… all who desire to live godly in Christ Jesus will be persecuted; but evil men and imposters will proceed from bad to worse, deceiving and being deceived.” (2 Timothy 3:12-13)