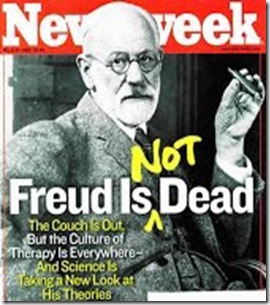 I was talking to a friend the other day debating the question of psychology in the Church. My position is that psychological counseling is un-Biblical. While there may be a few Christian Psychologist who use only Scripture in their counseling their designation of themselves as “psychologist” is unfortunate. That word has an established meaning, which can only create confusion by the honor it seems to bestow upon a godless system that does not merit any association with Christianity at all.

After discussing the topic for a little bit he quoted Calvin’s statement that “all truth is God’s truth.” Since time was growing short I didn’t get a chance to hear his reasoning behind the statement but the idea would not leave my head since he used it as an end-all statement to settle our discussion. I have to admit that on the surface the statement seems to make sense but since he was using it to justify his position, a position that I believed contradicted Scripture, I needed to discover the facts and see how he arrived at his justification.

My first impression was that psychologists need validation for their theories so that their ideas involving the metaphysical realm appear to come from the general revelation of creation and warrant their ideas as general Biblical revelation. With this warrant, they integrate the speculative notions of Sigmund Freud, Carl Jung, Alfred Adler, Abraham Maslow, Albert Ellis, Carl Rogers, and a host of other un-believing psychologists into the counseling methods of the Christian Church. Church theologians and psychologists have made the assertions of these men respectable by using terms such as “natural theology” and “general revelation” to justify mixing of psychology and the Bible.

It is true that much of what we know about God, ourselves, nature, and our relationship with others can be understood through natural theology, i.e. God’s general revelation to all of mankind through the created world, Romans 1 and 2 make this clear. However, does this revelation, that is available to all of mankind through creation, presuppose and include all humanly-discerned metaphysical truth claims? Some psychologists have gone so far as to state that the claim that the Bible alone is sufficient as a source of spiritual/moral knowledge is “comically and tragically mistaken.” These Christian psychologists error by assuming that there is a world of metaphysical truth outside of Scripture which can be discovered by the logical and reasoning efforts of men. With this approach, these men have arbitrarily and unbiblically broadened the definition of general revelation which is not warranted at all.

By delving into this unwarranted metaphysical area of knowledge these men put themselves in a category, not unlike the mystic or soothsayer, that claim private knowledge which is unavailable to the average person or scientific investigation. Their claim to this knowledge, they say, is part of the general revelation spoken of by Paul in the book Romans. General revelation, as used by conservative theologians, is a very narrow category of truth that God has displayed openly and is evident through nature to every human being. It is this open and “general” revelation of God that renders all men without excuse when they reject that truth. Would God hold the average person responsible for not knowing truth which can only be known after the person has been born-again? Or, would He condemn a person for not knowing information which is privy to only a select few? Yet, psychology claims this as general truth, discovered by atheists nonetheless, and rather recently too, about the last one hundred years, and markets this truth under the label of Christian Counseling. Only by broadening the definition of “general revelation” to include all truth claims, made as the result of human effort to understand the varied and complex aspects of the created order, these men sneak-in their hidden mysterious knowledge under the umbrella of general revelation and the statement “all truth is God’s truth.”

How do we then distinguish truth from error? The question concerns the declaration by Christian psychologist that “all truth is God’s truth” who then hinge their argument on their interpretation of “general revelation” as described in certain verses in Romans 1 & 2, then use this as permission to advance their faulty theory. We can easily determine the meaning by reading Paul’s words. First, we must pay careful attention to what Paul, through the Holy Spirit, actually says and means in Romans. Secondly, we must take this clear picture of what was said and compare it with the psychologist’s definition.

What is the definition of “general revelation” as defined by the Bible? General revelation is truth which is manifestly set forth before all men (Rom 1:17-19; 2:14,15); do Paul’s words qualify?

For in the gospel the righteousness of God is revealed—a righteousness that is by faith from first to last, just as it is written: “The righteous will live by faith.” The wrath of God is being revealed from heaven against all the godlessness and wickedness of people, who suppress the truth by their wickedness, since what may be known about God is plain to them, because God has made it plain to them. Rom 1:17-19

(Indeed, when Gentiles, who do not have the law, do by nature things required by the law, they are a law for themselves, even though they do not have the law. They show that the requirements of the law are written on their hearts, their consciences also bearing witness, and their thoughts sometimes accusing them and at other times even defending them.) Rom 2:14,15

General revelation is truth so clear and irrefutable as to be known intuitively by all rational men (Ps 19:1-6; Rom 1:19); it is truth so authoritative and manifest that if men, by reason of willful rebellion, reject that truth, they do so at the cost of their own eternal damnation (Rom 1:20; 2:1,15). In place of this general truth, described above, is substituted a lesser truth which is obtained and discovered by fallible men using the corrupted abilities of reason and logic and arbitrarily cataloged under the heading of general revelation.

We can see when we read Paul’s word that psychology, Christian or otherwise, has no right to the claim of general revelation.

Can unbelievers discern Christian truth? There is truth other than general truth and unbelievers cannot know this other truth which is available only to those who have been born again and have the Holy Spirit living inside them. This kind of truth is not general truth as referenced in the book of Romans but rather it is special revealed truth that brings spiritual understanding of those things which are written in the Bible; it is not new revelations of heretofore unknown things from the mind of God.

For a psychologist to presume an understanding of “truth” that is foreign to Scriptures is to deny the effects of sin upon man’s ability to think clearly. It is a deception to imagine that “fallen man” has the ability to deduce truth from creation and to arrive at conclusions which are as authoritative as Scripture, yet this is Christian psychology.

Is the Bible to be accepted as the fully inspired, authoritative, and final word of the Creator God or is there yet other, later, human revelations of man with equal authority waiting to be discovered? The answer is NO! All efforts to add to the writings of the inspired Bible are to be rejected as an attempt to undermine God’s authority. Psychology is not a science that adheres to strict laws but is highly subjective in its very nature as deriving from the corrupted logical process of the fallen mind of mankind.

Therefore, any attempt to justify Christian psychology under the pretext that “all truth is God’s truth” is false and deceptive and has no place in the Christian Church.

Steve,
As you have articulated so well in previous posts, this topic begs the question of which tree the organized church is eating from. Sadly, we know the answer…
Blessings, David