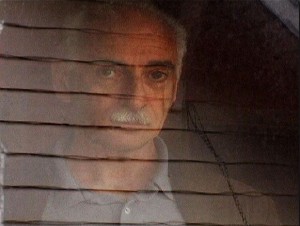 One of the craftiest things that the Devil has pulled on an entertainment, experiential, existential, and empirical driven church is that he has effectively voided out “faith” as the Churches means of pleasing God. Faith has now become only a religious word used to signify to the “brethren” that they are connected to the spirit world. It is not something that they actually practice or can explain, but just another word like: apostasy, atonement, blasphemy, confession, eschatology, testimony, repentance, or sinner, that confirms to everyone listening that they are a member of the lodge or club. Why is this? Why is it that there is such a move to be creative in our approach to God? Is it to get God’s attention or applause? Yes, that is it! It is because of the silence of the Lamb that we are making such a commotion! It is because of a Satanic prescription that we must “raise” God’s awareness that we are here. We will not admit that this is the case, but it is. This is nothing new; it was the whole idea behind idol worship in the first place; it was a lack of “FAITH.” The Devil doesn’t require that we exercise faith to worship him, he only requires action, creativity, and intelligence. When the silence becomes deafening we take matters into our own hands. We have read of the outward manifestations of God in the Old Testament, and the confirmation of the Spirit in power, sealing the New Testament, then silence. . . . I have a friend who never shuts up, if there is silence he feels that something must be wrong, so he talks, not realizing that everything is O.K. It comes from a sense of insecurity, or guilt, or some other fault in his reasoning, so he is always trying to fix something that isn’t broke.

Whether we want to admit it or not, one of the characteristic marks of the age of Grace is silence. Whirlwind, earthquake, and fire may create awe, as in the days of the old Prophet Elijah, but God is not in these, He is in the “still small voice” 1 Kings 19:11,12. This still small voice speaks of Grace and Mercy and Trust, and seeks to win lost men from the power of darkness that broadcast itself, and is loud, and is the tasteless showiness of men in all their desperateness and creativeness. This very silence is an expression and token of God, that His throne is now a throne of Grace, through faith. The only noise we hear is the noise of men projecting their god, because the silence threatens their religion. But, that very silence, of God’s grace, is appealed to as the crowning proof that God is but a myth. This is the favorite trick of the blasphemer in tempting God to show Himself, and declare Himself, to be all powerful through some manifestation, but only silence. . . . Do not fear, in days to come, God will take up the challenge, and death will seize upon men who in days past demanded signs.

We have a God who will not remain silent, and when He speaks the world will know it, for there is coming a great shaking, and men will desire forever death at the sound of His voice.