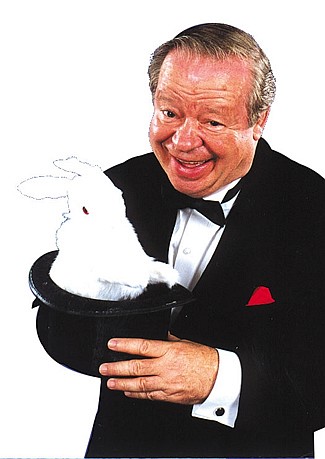 People everywhere love a good miracle, it doesn’t matter that it is bogus as long as it is accepted by  a lot of others, who are themselves looking for miracles, and that it is done in some religious context which gives it validity. Miracles today are not the private property of Christian Charismatics who, in times gone by, claimed an inside track to experiencing God. The doors of “experiencing” God have been thrown wide open to virtually everyone now.  No holiness required just a thirst for some spiritual action. Never mind that the Bible prophecies that in the end days we are to expect these things; never mind that there are those who are sounding the warning; and never mind that the miracle sideshow has been shown time and again to be a mere performance for the parishioners. The thirst has been created, now it must be satisfied, and every actor on the stage has a unique product to quench that awful thirst, and to pull the applause. As to be expected the world has entered the fray and become prominent with its own tangled web of action figures, and entered the, once sacred, priesthood of Christian ministry, speaking to, and being listened to by “Christians.”

What could be better for the miracle industry than to have a respected magazine do a spread endorsing miracles and extra Biblical experiences. The following Link to Market Watch ,which is a part of the Wall Street Journal digital network, ran this article by Share International about the return of Maitreya, the World Teacher, with miracles.  “British futurist Benjamin Creme, foremost spokesperson for this message, has for 30 years been preparing the way for Maitreya’s emergence. He is the author of 12 books, translated into numerous languages, and editor of Share International magazine. Maitreya, the World Teacher, has not come alone, but with a group of wise Teachers who have long guided humanity from behind the scenes.”

This would not be a cause for alarm if it weren’t directed toward Christians. Christians have long known that the world possessed many unusual deities and forms of devil worship. But with the advent of “Emerging,” “Mega,” and the general apostasy of the Protestant Church the flood gates to the sanctuary have been opened wide, and every foul and unclean bird is seen as a harmless canary.

I have said several times in past post that the intent of my articles is not to convert the world to my position, or to even turn apostate Christianity to repentance, but to simply warn those who have been given the ability to hear and to see, and provide needed light for the next few steps.

Multitudes are being led to their doom by the craftiness of flimflam men dressed in pretty clothes with pretty words, having hearts filled with darkness. These men know you are hungry and thirsty but they don’t offer you food or water, only promises. They know that you are wandering from shore to shore in search of food and drink, but the food they give will kill, and the water they hold out to you is polluted and stinks of the pit it came from.

The Bible states that God would, in the last days, send a strong delusion “that they should believe the lie.” That day has arrived and the general Christian population is rapidly becoming deluded.  Today real Christianity appears so bland next to the exhibitionism of the modern church and the slick marketing of tabloid Christianity, and throw into that mix the latest guest on the Oprah Winfrey Show, God’s direction to “be ye holy even as I am Holy” seems kind of boring.

Just as Jesus’ life and appearance had no slick marketing appeal and there was no great desire stirred by His simple life, so the true Church today is overlooked in favor of the extravagant and conspicuous behavior going on at every level of the organized church.  Granted, some will say that Jesus had a great following, but where were they on the day of His execution? There were many then, as there are now, who love a good show, and hang around for the fish and the loaves, but the Church, on the day of its execution will be few in number, compared to the vast “following” it boast of now.

There is a truth to all that exist now, and there is a truth as to the true nature of the Church, and can only be known to those who have sold out to It. Truth does not lay on top of the ground like so much trash, it has to be mined and every ounce hidden as a precious treasure, a commodity purchased with your whole life. Solomon instructs us to “buy the truth, and sell it not.” Today we have bought the “lie” and at a bargain price, but in the end we will find that it was only fools gold, and worthless.

There is an alternate plan to holding onto the truth, and here it is. Ignore everything you have ever heard about who Jesus was and is. Stop what you are doing and make a list of what it is that makes you feel good, the things that get you high on life, and go after them, at any cost, and as fast as you can, because, you see, you only have one chance to enjoy life, so get all you can, ………………………………….THEN IT IS OVER.