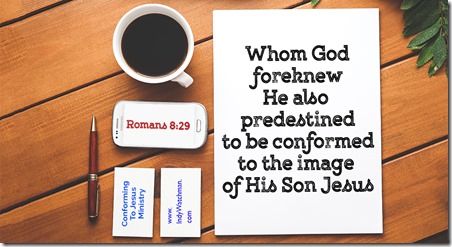 God intervenes radically only in response to a radical attitude on the part of the believer—radical not in regard to political means but in regard to faith; and the believer who is radical in his faith has rejected all means other than those of faith. The appeal to and use of violence in Christian action increase in exact proportion to the decrease in faith…Unbelief is the true root of the Christian championship of violence.

The issue of whether Jesus teaches by word and deed the Way of Nonviolent Love toward friends and enemies is settled. He does! All attempts today to justify violence from the life of Jesus or His teachings are devoid of spiritual and intellectual merit. That is not opinion, that is fact.

Happily, many spiritual leaders have all but ceased the ridiculous notion of trying to morally justify the violence of Christians by reference to Jesus and His teachings. Today, the method of choice is deliberate neglect of the nonviolent nature of Jesus and of the love that He taught to His disciples as being the divine way of the Kingdom. Many Christian Churches try to explain away Jesus’ teaching of nonviolent love by demanding that He did not really mean what He said, others just ignore it or replace it with some philosophical blather which they then raise to an equivalent status to the teaching of Jesus, e.g.,

“It is a God-given natural right to kill those who are trying to kill you. Killing other human beings is a tragic necessity in the present state of a fallen humanity with its immoral societies. To do what is natural or necessary cannot be sinful when done in good Christian conscience!”

With this strategy Jesus’ teaching does not even get a hearing, except to be pridefully dismissed as simplistic or stupid. He is allowed to be considered only after the decision to kill has been well implanted and accepted.

If we assume that most religious leaders are not just CEOs running multi-million dollar corporations or their affiliates, but are men and women who believe in Jesus and want to teach what Jesus taught then why are they not doing it where homicidal violence and hostility are concerned? There are three primary reasons:

1. Either they are unaware that Jesus does teaches nonviolent love, or

2. They know it but have no idea how to teach it without creating moral and spiritual chaos for their fellow Christians—and themselves.

Flying Under the Radar

The vast majority of seminaries do not offer a course in the history, theology, or spirituality of Christian nonviolence, it is predictable that most men and women being ordained from these seminaries will know little to nothing of the subject, will not have had it integrated into the rest of their formal theological education, and will therefore not stress in their ministry what was not stressed in their formal training. The run-of-the-mill bishop, minister, and priest is as non-informed or misinformed on this subject as the common Christian. There may be an occasional mention of Gandhi’s or Martin Luther King, Jr’s nonviolent civil disobedience, i.e. pacifism, within the context of a Peace and Justice course, or a momentary tip of the hat to the Anabaptist within the context of a Church History course, but this is the only contact with the subject that seminaries normally have available to their students, and you will hear absolutely nothing about the non-resistance of Charles Spurgeon or D. L. Moody.

The question is, why do Christian learning institutions throughout the world persist in their evasion of the nonviolent Jesus and His teaching of nonviolent love? However, the consequence of this evasion is that for the majority of ministers and laity Jesus’ teaching on nonviolence is deliberately discounted and overlooked. This allows ministers to promote following Christ while at the same time promoting the un-Christ-like acts that all wars demand of their participants.

But ignorance is not the only reason. What of those pastors and religious leaders who are aware that Jesus taught nonviolent love of enemies, yet still do not teach it? To pick up an M-16 and to randomly fire into a crowd of those who have been labeled “the enemy” is not a true picture of Christ-likeness regardless that you wear a uniform aligning you with a military outfit. What about those leaders who oversee the spiritual and moral health of our Christian communities, who understand that in order to present the bad news of the gun you must first put down the Good News of the Gospel, yet, remain silent on the issue? They freely use the Just war argument yet know that no such thing exist. When has there ever been a just war? There never has been, but we mustn’t tell this to the people. The most informed conclusion is that this man is a hypocrite, pretending to be an authority of the Gospel, when in fact he is intentionally withholding information critical to salvation. But, when viewed from a distance he appears intelligent, Christ-like, and of more than ordinary compassion. He simply cannot fathom how he could teach that Christians are not following Jesus if they participate in the organized homicide of a military action without having his Church business implode and his congregation turn on him like enraged beasts. This is not a far-fetched argument.

The statements of Jesus concerning the rejection of violence as a means of dealing with other people is clear enough. Christians do not question either that Jesus said it or that it needs qualification. Christians have simply decided they cannot live according to these sayings of Jesus. To put it more bluntly, they have decided that they do not wish to live according to these sayings. If the Protestant Church were to decide to join the Mennonites in refusing violence, I doubt whether the Churches pleasant relations with the government would endure a day after that decision.

4 replies on “Churches Conforming to the World”

Steve – when I consider Israel’s history and the fact that false prophets always outnumbered the true prophets, I can’t help but wonder if the vast majority of Christendom is populated by those traveling the broad way that leads to destruction… But you are right – there’s nothing that we can in the strength of our flesh to change that…

I see the darkness all around me, not the darkness of the world but in the Church. The Lord’s words, “Will I even find faith on the earth when I return” does not show up on the radar when mentioned to Christians, they are not alarmed. It alarms me, and I am always examining myself as we are commanded to do. Few Christians read their Bibles, fewer still study them, and very, very few pray for the revelation of the Spirit of wisdom and truth to heal the blindness. Amos speaks of a day when people will go from shore to shore searching for food but will not find any. Of course, he is speaking of spiritual food to enlighten the soul. I think you would agree that the famine is widespread.

Steve,
This article could be posted every day for a year by simply changing the subject du jour. In what way is the western church NOT conformed to the world’s pattern?

Yes, David, you are correct. I keep asking myself if I could present the message in such a way that when read the crowd would stop and say oh! now I understand, now I get it. But, that is not up to me. I will keep serving up the weekly special and if only one soul is reached then it will have been worth all the trouble.

Thanks, your words mean so much,