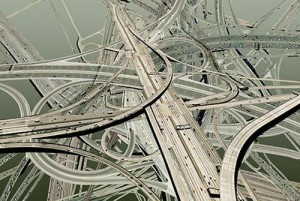 Today I received a letter from a friend who highlighted a conundrum that has been at the center of much of what I call the “organized Church.”

“…As a part of my truth quest I began doing a lot of reading on the different “holiness” strains of Christendom to get a better handle on why so many read the same bible so differently.”

Why? This is a really good question, that the “organized Church” cannot answer. Of course, they each try by stating that the others are wrong and that they alone hold the correct answer. Is there an answer? Yes, I believe there is, but at the same time I believe that it is not a general answer, but an answer that only a few will discover, and it has to do with faith, and it the same answer to why so many in that day will say, “Lord, Lord,…” and the Lord says, “be gone from me I never knew you.” Faith is the answer, and many have a misguided view of what it is.

Over the past five or six years, this thing called the “Church” has been of particular interest to me. In the past I assumed that the familiar thing that I have seen on nearly every corner in America was the “Church,” as presented in the Bible. I have assumed that this was true even though the only Church that it remotely resembles is the latter day Church mentioned in the Book of Revelation, “the Church of the Laodicean’s.” Should this resemblance be alarming?  Yes, absolutely, if we are at all interested in truth. This fact came as a startling revelation to me, and has become the prominent compelling force behind my re-examination of all things pertaining to the Church and truth.

Jesus makes a couple of statements, actually a statement and a question, that became sticking point for me on this new road of discovery. There have been many revelations since then, but initially my eyes were opened to the seemingly vast numbers of Christians in America, and the world, and that it conflicts with the Bible declaration of smallness. Any person truly concerned about salvation will want to think and pray earnestly about the ramifications of the following statements: Jesus said,

This does not in any way point to, or allude to, an end day Church that is busting out at the seams, or walking in truth. Wouldn’t you agree something is amiss here? This should cause us to ask some very straight questions of ourselves, and those appointed to lead us, the, supposedly, enlightened ones.

First, let’s set the stage. There are a few things we should give heed to concerning this place we call our home.

▸    Remember, we live in a fallen world. Look at, and listen to, your surroundings; this is obviously true: cursing, foulness, rape, murder,  pillage, greed, envy, pride and deceit are all the currency of this kingdom.
▸    The ruler of this world is not Jesus, His Father, or the Holy Spirit, it is Satan. Satan is the prince and power of the air, and has been given this world as his kingdom. All that you see and hear is the product of his rule. Satan makes the rules, sets the policies and guidelines by which man is regulated, and men everywhere obey them, and, oh, by the way, he is a liar. 1John 2:16-17.
▸    Human beings are a deceived race of people. If the Bible makes one thing perfectly clear it is that ALL of mankind are born blind, and without the gift of sight, and stumble around in the dark. Men are in the dark and would not know the truth if it stood right in front of them. We have been tricked and we are deceived, and we prefer it that way: John 3:19, Jer. 5:31, Gen 6:5, Pr. 6:12-14, Isa. 59:1-16.
▸    God’s ways are not man’s ways. That is a simple enough statement, but why then, in every aspect of the organized church, do we see building and organization that have the fingerprints of men all over them? It doesn’t look supernatural, it looks very natural, very common, and very human. Isa. 55:8-9, 58:1-3; Prov. 21:8; Ex. 20:20; Ezek.. 18:24-30; Ps. 81:11-14.
▸    Man is a religious creature. Man, inherently, desires truth, happiness, and peace, but virtually ignores what the Bible says concerning achieving it. Man seeks these things through selfish motives and wrong doing, through compliance to the world’s rules, or the corruption of goodness, through self-worship, and idol worship, but man’s motivation is always evil, a product of: weakness, pride, selfishness, and lust.

This is the stage on which this whole thing we call “doing church” or “church growth” is played out. The Bible declares, that to men living on this planet, under these circumstances, there is a way that appears to be right to his limit capacity to reason and see clearly, but that “way” is a lie and the way of death, Pr. 14:12. All of the institutional religions of men, including the organized church of Christianity, are based, to some degree, on the wholesale deception of mankind, man trying to please his god through form, ritual, and acts of the will. If the ritualistic religions of the world, including Christianity, are the true earmarks of an omnipotent god then he is no more powerful or creative than any industrious man. What mankind has done, through these acts, is to declare that he no longer needs the God of the Bible, that he is able to finish in the flesh what was began in the Spirit, Gal 3:3. Mankind has effectively declared that he is as powerful as God. He has declared that he is God, by proxy, persons authorized to act in God’s behalf, because he hangs a cross around his neck, is called by a designated title, or sings a certain kind of song, or does good deeds, or prays, or studies the Bible, or a thousand other things, including church planting and building. He assumes he is saved, but he assumes too much. He says he has faith without ever understanding or obeying the dictates of the real God, or understanding the characters acting out their roles on the stage of life in this world. Christianity, and all its sects, have become just another religion searching for a purpose and a meaning to life, not really caring about truth, but anything that offers personal peace and happiness, and the real God says that they love it that way, Jer. 5:31, Isa. 56:10-12, Isa. 30:10, Rom. 1:24-25. Think about it, if God’s ways are not man’s ways, why does all of Christendom look like a production of man? Could it be that God was wrong, and God’s ways do look like man’s ways after all? Or, could it be that man is deceived and simply does things the way man does things, like men, and that the building of the “church” has been taken out of the hands of God so that men can make sense of the operation of the Church, Gen.11:2-4? The same thing has happened over and over through history and God has rejected man’s way to build, and He has cursed it. The Jews never learned from the many times God showed mercy, and always returned to something they themselves could build and manage. This is the play that is continually re-played, and that men never learn from, and the stage is now strewn with all the failed gimmicks, and useless programs of men pursuing God. Doesn’t the Bible say matter-of-factly that “unless the Lord builds the house it is built in vain” Ps. 127:1, and that it is the Lord Himself that adds to the Church those who are being saved, Acts 2:46-47?  But, today we have lords many, all building their own way, just like the Jews. This is the never ending story of mans failure to please God. The church today is built on business plans, accounting principles, and marketing devices, by men each doing whatever is right in his own eyes, and the measure of their success is the visible representation of an organization and a building, Isa. 5:21, Jdg. 17:6, Jdg. 21:25, Gen 11:2-4.

This has not answered the question of why there are so many “belief” systems that are all called “Christian” and claim to follow Christ. I will answer that question in the next post. There is an answer; if there isn’t then even Christ would be a deceiver, and that is not possible. But, the answer may be very different than what you imagine, so stay with me.

In an effort to keep things tidy I’m going to stop till the next installment, besides I have the flu and I’m getting tired.

One reply on “Church? A Conundrum!”

Those two verses that you touched on, Matt 7:13-14 and Luke 18:8 were also verses which made me look around and come to the conclusion that something is not right…if I am to believe Jesus’ own words, how can I not see that what is before us, in its great masses, is not of Him? Of course it was God’s leading and many verses that led to my conclusion that the institutionalized church is not of God.

Though I do not necessarily pass judgment on those who find themselves content in that system, I understand how easily deception can carry anyone away, for I too have been deceived in that area as well as others, but I am grateful that God has brought me out – and though I crave fellowship, I dare not desire to return to that system.

Thanks for this post and I look forward to the next!