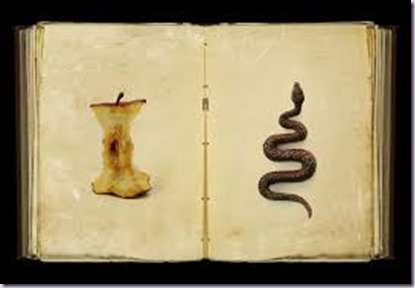 When I speak out against the depravity of the human heart and its end result, war, my hope is not to change the minds of the corrupted world but to reach just a few. I do not have any illusions of reaching hearts that have been hardened from many generations of approval to destroy those who are different or with whom I disagree. If through my efforts I can effect a single soul I will consider my work a success.

Many are those who were once unbelievers that have come to the faith through many streams of access who joyously discover that they can remain in possession of past hatred and desire to see their foes dead. The heat of this vengeance is fanned by the pulpit who in spite of Biblical words to the contrary celebrate death and violence. They do it benignly and with an air of respect, and even kindly, while underneath this thin veneer lurks a smirking heart of darkness and hate for their enemy. These Pastors promote patriotism and the state, and display the flag, or sing the songs that elicit favorable feelings, and applaud the emblems that symbolize the demise and victory over those they are commissioned to love. The new convert comes to understand that his loftiest objective is to promote the state and to sacrifice one’s life for the libeled lies of patriotic hymns, a piece of cloth, and the edited history of a false past. The end result is that the Devil, in the very shade of the Cross, has clothed the soul in a stained white garment where he leaves him, exactly where he was, and unbeliever.

Does this anger you? As well it should, but better yet please prove me wrong and I will confess from the rooftop that government is God’s anointed; I will swear my allegiance to the Flag; I will prostrate myself before POTUS, share in the glory of the 4th of July parade, and praise my “Christian” brothers as they kill or are killed. Please, prove me wrong so that I would not have to carry this burden and live my lonely life. But, I would rather live alone than embrace the grossest and most disastrous lie that has ever been perpetrated on the human race, a lie that encompasses nearly the whole Church, a lie, that if true, will cost a price that none will be able to afford, a lie that will send very, very, many to Hell.

I praise the Lord continuously that the scales fell from my own eyes. What is now so obvious was once hidden and completely out of my thoughts. In these last days, the deception is universal but still, there are some who need to be reached. The Bible says for a reason that the Devil “has deceived the WHOLE world.” My prayer is that this note will not be discarded and rejected as just another rant to get attention. I know that there are one or two that need to hear this and that in your hearts a voice or an alarm has appeared and disquieted your day or kept you awake at nite staring at the ceiling wondering, or maybe afraid, that something just isn’t right. The answer is that much is wrong and time is running out, so please do not delay, know the truth.

One reply on “A Well Fertilized Lie”

I trust that the “one or two that need to hear this” will come across your essay! In a broader sense, we all need to be reminded that the devil deceives the WHOLE world, for we are so easily ensnared in the affairs of this age (with full blessing from the “church”)… Thanks!