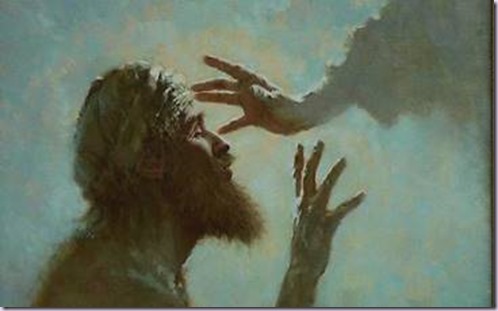 In 1967 I was seventeen years old and the Viet Nam war was hot. Radio, newspapers, and television were filled with real, live, action and everyone knew or had heard of someone who was wounded or killed in the fighting. The country was divided then between those who were patriots and would die for their country and those who would not; I was one who would die. Pride of family, the Flag, and a Nation that I saw as good and honorable elevated my decision above my ability to reason or to even consider the choices. At seventeen I, along with a friend, went to the enlistment office to sign-up. At seventeen Uncle Sam considered me too young to die so I agreed to return at eighteen. My birthday was June 20th and eager to be the patriot that I envisioned myself to be, I requested to be inducted on July 4th. As patriotic as that sounded the office would be closed, so the 5th would have to do. I had no idea what real death consisted of but I would soon learn. In April of 1967, my dad died of a heart attack in his truck on his way to his small auto repair shop while I followed him to work. Entering the Army two months later had lost some of its luster now that dad was gone.

I was not a Christian at that time and had few thoughts of things eternal or sin in particular, and now cared little about life at all, and never considered that I may never return home; the Army was now a total commitment. For two years after training, I watched war ruin human hearts and patriotism exposed as a fraud. I never met any magazine patriots or Sunday School Christians in the rank-and-file soldiers I lived with in Hell. I did meet sadistic and selfish killers and madmen, and boys who thought they were men. There were no followers of Jesus anywhere to be found outside of a priest giving the “sign of the cross” or a lucky charm/crucifix hung on a few necks; Christianity and war were not on friendly terms nor did they share anything in common; mercy and faith were for the folks at home.

The propaganda war is the real war and it is not against a foreign enemy it is against our Government and families who live in darkness and prop up a myth that there is glory in combat. American Christianity swallowed the propaganda bait hook-line-and-sinker. Even after all these years, I am still amazed at the great number of Christian Patriots that fill the Churches. When I visit the VA Hospital and witness the vast number of Vets who deck themselves out in their military memorabilia to visit the hospital, many receiving benefits for war injuries, who live a lie that they did a great thing by killing their “enemy” and who secretly nourish those thoughts to maintain some sort of mental equilibrium and sanity. Two close friends who went to Viet Nam at the same time as I paid a too heavy price for that lie and they dare not now face the truth and remain sane, if their present life can be considered sane.

The really sad thing about this is that the Church, who could be such a great help to these men, believes and supports the lie that what they did was a great thing and an unselfish act for freedom, and even a “Christian” act. And, this kind of false Christianity is in the majority of the cities of this Nation. When the Bible says that Satan is “The deceiver of the WHOLE world” it states an obvious fact that is hidden to the Church at large. This “Christianity” is 180º out of sync with the Bible and is likely to cost these supposed Christians their eternal reward. It is such a simple truth that I am amazed that it is so casually overlooked. American patriotic Christianity is at odds with Christ and both cannot be served simultaneously, this person must choose either Christ or patriotism, he/she cannot serve both. Christ spent His life revealing another King and Kingdom that His followers must serve, yet, even with all the great number of Bible translations and schooled theologians, the message is still hidden to these intentionally blind Christians who bow to the will of the flesh, the government, and the god of death and violence.

I wish that I knew how to write in such a way that Christian Patriots would be shocked and either see their hypocrisy and repent or be angered enough to confront me with a response. There has never been a more violent overthrow of the truth than for a Christian to kill in the name of Christ then bow in homage and reverence at the anthem of death. All that I can say at this point is that this person is no Christ-follower, he is a disciple of a worldly prince.

Will you remain blind or will you receive sight? “Many on that day will say Lord Lord” and be shut out of the Kingdom.

3 replies on “Did Jesus Die So That You Could Remain Blind?”

I shouldn’t have left my comment so vague. Yes, both of brothers came back; but although we had received letters with combat stories while they were there, neither was inclined to talk about their experiences once they were safely home…

Reading this brought back many memories. I did not turn 18 until 1972, at which time the draft had ended; but both of my older brothers went to Vietnam. I’m sorry that you had to endure that… I know that there is still much that I do not “see”, but I am not blind to the horrors and anti-Christ nature of war.

I hope that your brothers came back okay. There is much that we all miss but what we have gotten is what matters.