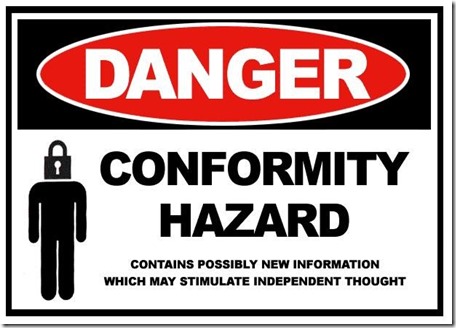 It is a strange phenomenon how, over a period of time, things can become flip-flopped, and how once the flip occurs it takes on the appearance that it has always been that way. This is precisely the case pertaining to the Christian’s involvement in war and politics. It is also amazing how the very verses of Scriptures that were initially used to convince Christians to flee the things of the world, are now used to embrace them. We needn’t be too surprised at this phenomenon because the Lord Himself said it would happen. As evangelical Christians we like to suppose that this occurrence relates only to Rome and the dastardly deeds of the Vatican and all her Vicars. The Church of the Protestant Reformation has come full circle in its evolution, and today its “protest” against Rome looks more like sibling rivalry than something with a totally different birth parent. Protestant Christians, for many years, could see plainly the path of demise that marked the Catholic Church, of which the Catholics were wholly blind. Today Protestantism has likewise found safety from the truth by enclosing itself in a similar cocoon of darkness. Nowhere is this fact more apparent than in the nearly universal embrace by the Protestants of its stance toward war, violence, and political dominionism.

We need not think that the flow of history has not had its lethargic effect of conformity upon the ancient truths which were the seeds of the initial protest of days gone by. But I must say that that scarlet thread of righteous truth, protest, and non-conformity, which has won its humble fame through those who saw with spiritual eyes, has never ceased to weave its way into these last and weary days in which these words are written. To stand up for Biblical truth today is to answer the clarion call of Joshua 24:15, “Choose you this day whom you will serve . . . as for me and my house we will serve the Lord.” Joshua made this declaration to those who had an outward profession and show of loyalty, but whose lives and hearts never equaled their supposed orthodoxy; and the failure that followed evidenced their conformity to the surrounding status quo.

First of all I want to give the late Dr. Moyer all the credit he deserves as pastor of the First Baptist Church of Minneapolis and dean of Northwestern Bible School and Seminary. Secondly, I want to state that education and titles, in the area of religion, mean little to me. Mr. Moyer is a man, and as a man he is subject to personal opinion, bias due to family upbringing, schooling, associations, culture, and statements of faith and orthodoxy; and because of these, I believe, he is not faithfully interpreting Scriptures or rightly dividing the word of truth. If we are to be followers of Jesus we must not allow our knowledge of truth to be tainted by the wisdom of men, (read 1 Cor. 1:18-2:16). Furthermore, Mr. Moyer advocates the uniting of Christians in spiritual enterprises with unbelievers, which all Christians do when they become active in politics through the ballot box or by joining and sanctioning military service. In 2 Corinthians 6:14 Paul asks the rhetorical question, “Do not be yoked together with unbelievers. For what do righteousness and wickedness have in common? Or what fellowship can light have with darkness?” Paul had broken all ties with the world, and that is what he is here promoting to the Corinthians and to all of Christendom. If Paul considered marriage to unbelievers and un-Christian business alliances as being unequally yoked together with the world, how much more so is joining the world in the of elimination of its enemies? Or, the locking of arms, through party politics, with those who support every ungodly thing under heaven? The obvious answer to the question is that there is no solidarity between the two, and is forbidden lest that person or nation forfeit God’s grace and experience judgment as the result. I was glad to hear Brannon Howse’s (not a fan by any means) commentary on why the Republicans lost the election, but I believe he stopped way short of the whole reason by not including voting, political action, and military service; his commentary can he heard here.

I believe Mr. Moyer is such a deceived person, especially in regards to his views on, “The Christian and War.” Mr. Moyer wrote this pamphlet toward the end of World War II. Without a doubt his big church was filled with many who had experienced the loss of loved ones firsthand. A message of courage, righteousness, justification, and patriotism was sorely needed. Pastors during this time could have remained neutral, but all the big Churches were preaching patriotic war sermons. To find a hint of saneness during this time of pain and suffering one would have had to seek out the Mennonites or Amish who held to a non-resistant way of life, but paid for it by being labeled cowards. On the contrary, to preach a sermon, or better yet, to produce a pamphlet, would go far in soothing the ailing souls of those who lost the most.

These are hard words to write. I too went away for two years to fight a worthless war, but it’s time that we get past the lies that Jesus sanctions war and that our children should die for a cause that He is not behind. There is coming a deluge, but not a deluge of water, but of death; a war is coming, greater than anything yet fought, that will baptize the world in blood. Would this good preacher, or any preacher, say to those who gather to fight this war that it is a good and just cause? The Bible says that they are gathered together to war against God, and that it is against them and the whole world that His wrath will be poured out. What Christian will be found in uniform on that day? The Christian who believes in the righteousness of what he is doing will be taken away with the wicked. Only a foolish person would say that that war is sanctioned by Jesus, yet they believe that all the wars of history leading up to this great war are approved for Christian participation.

In all of Christian reality no more than this really needs to be said, but to make it plain, that the New Testament is not pro-Christian involvement in war, I’ll state the favored text used to prove their claims, then refute them.

I was very pleased to find during my research that Charles Spurgeon, the Prince of Preachers, shares my view of war. Here is a sampling of his words on the matter.

“The church, we affirm, can neither be preserved nor can its interests be promoted by human armies.”

“For this I will assert, and prove too, that the progress of the arms of a Christian nation is not the progress of Christianity, and that the spread of our empire, so far from being advantageous to the Gospel, I will hold, and this day proclaim, hath been hostile to it.”

“All swords that have ever flashed from scabbards have not aided Christ a single grain. Mahommedans’ religion might be sustained by scimitars, but Christians’ religion must be sustained by love. The great crime of war can never promote the religion of peace. The battle, and the garment rolled in blood, are not a fitting prelude to “peace on earth, goodwill to men.” And I do firmly hold, that the slaughter of men, that bayonets, and swords, and guns, have never yet been, and never can be, promoters of the gospel. The gospel will proceed without them, but never through them. ‘Not by might.’”

“Love your enemies, do good to them that hate you.” The Christian soldier hath no gun and no sword, for he fighteth not with men. It is with “spiritual wickedness in high places” that he fights, and with other principalities and powers than with those that sit on thrones and hold sceptres in their hands. I have marked, however, that some Christian men – and it is a feeling to which all of us are prone – are very apt to make Christ’s war a war of flesh and blood, instead of a war with wrong and spiritual wickedness.”

“Woe, woe, to the Christian who forgets this sacred canon of warfare. Touch not the persons of men, but smite their sin with a stout heart and with strong arm. Slay both the little ones and the great; let nothing be spared that is against God and his truth; but we have no war with the persons of poor mistaken men.”

Of all the great words of Charles Spurgeon, quoted and preached, and readily available from many sources, the above quotes had to be mined from dusty shelves. Of all the lovers of Spurgeon, you will be hard pressed to find these words on the lips of any American preachers.

Some may wonder why I have belabored my position on Christian war. The answer is simple. We are living in a time when much evil is being presented as Christian; and the effects of that evil have permeated the whole body of Christ and is accepted as an orthodox teaching of Scripture. The Bible predicts that the end days would be marked by the acquiescence of Christians to strong delusions, and the only way to counter spiritual delusion is with the weapon of truth. The idea that we can be Christian and not emulate the Lamb of God in His walk of unrestrained love for our enemies is a well established lie that needs to hit repeatedly to destroy its fortified position. So, the idea is not to beat a dead horse, but rather to use the hammer of God to break the hard hearts of God’s children and prepare them for the return of our blessed Lord and Savior.

For the sake of article length and to help prevent some from stopping short of completing the article I will pick up with the examination of our text in the next part. I have a hard time reading articles that are too long, so I think it is better that they be kept to about three or four pages. In the next part I will examine Mr. Moyer’s arguments and how he justifies Christian involvement in war.