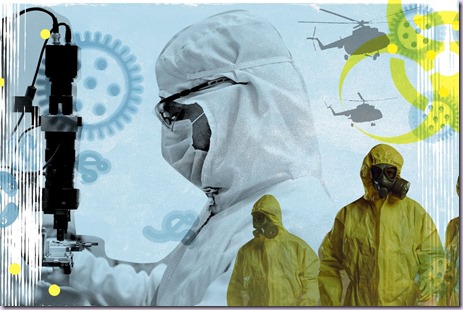 Is there anyone today who is not aware of the outbreak of the Corona Virus? All humans are susceptible to plagues. Just as deadly flues can infect every nation and people so is the nature of sin. No longer a resident of The Garden of Eden mankind now lives in the Garden of Evil, an environment under the control of an evil gardener, the antithesis of Paradise.

Just as all people can act as hosts for deadly viruses and pass on the flu, through person to person contact, sin is also transmitted through contact directly or indirectly. Some who seem to be immune, like “Typhoid Mary” a cook who infected many people during the outbreak in 1870, and appear healthy can be the greatest threat and can transmit the plague while serving and working to help others. While health officials warned people to wear facemasks during the Spanish flu pandemic of 1918 it did not prevent 500,000,000 people from getting infected and killed an estimated 50,000,000. Compared to the vastly more deadly infection of sin the Spanish flu was a minor undertaking “No pun intended” and today similar worthless measures are taken in the fight against sin. 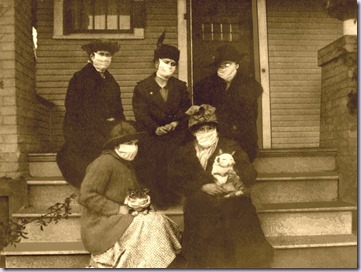 One of the most common images during a virus outbreak is people wearing surgical masks. Virologists are skeptical about their effectiveness against airborne viruses and probably do more to help psychologically than actually, but many feel that they must do something! We see the same kind of trend in the fight against sin. Topical applications to fight sinful natures, such as loud music and light shows with fog,  do as much good as a gauze put across the nose and mouth to stop a microbe from entering the body, but these people feel they have done something.

Why did so many people die of past plagues? Three things come to mind: denial, lack of understanding, and misplaced priorities. The carnal inability to confront the issue or to think that things are not really all that bad and that they are able to handle the problem comes from pride and ignorance. Generally speaking, most people have no idea of just how serious the problem is and make ineffective preparations. People continue to do things as usual and do not understand the times nor their priorities and treat every day alike.

Nearly everyone lives in denial. Jesus spoke much on the subject of death by plagues, Hell, and the future. The Great Physician came with the answer and the cure. Many on that Day will say, “Lord, Lord” yet their life will witness against them that they are in denial, hardened and deceived by sin. It takes a brave soul to see the virus for what it is and to run so as to win and to admonish others to run also. Very many needless deaths are occurring because of denial of the truth.

And, while you are running get understanding. Jesus is the Revelator the One who gives understanding. In the movie The Matrix, men are given the opportunity to have their eyes opened to an understanding of the truth and what that truth would require; or they could choose to remain in a sort of ignorant bliss. That choice still remains for every person today. The truth is that cotton gauze cannot stop a microscopic virus or an ugly death, although you have the right to believe that it does. Church buildings, hierarchy, programs, or even praying cannot save you; we are in dire need of a cure. No Sunday dress-up, ritual, or man-centered message can deliver you from the plague. Only Jesus can give understanding and heal our disease.

When our sight is completely healed and our eyes opened we can then begin to rightly prioritize our lives. We make excuses, we all do, but we must, from a new understanding, learn to put things in the correct order. Seeing reality is important. No longer in denial, and being able to understand where we are at, and the hour, we must now prioritize according to the truth that the plague is real, it is here, time is short, and that gauze cannot help. Find out what things are really important to your Lord and Master? Because we must “be about our Father’s business.” 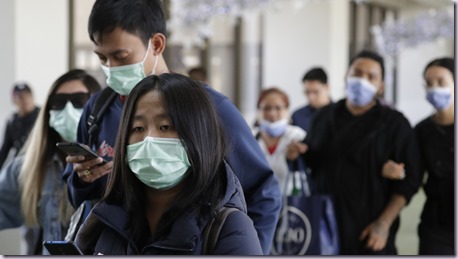 Most Christians are wearing a gauze mask and are not only already very sick but they are infecting others. Don’t wait until it is too late, WAKE UP! to what is real. The whole world is infected with a virus that will claim the life of ALL who die without the One cure. Quit denying that it is really not that serious. Deal with reality and understand your condition. The Christ-life is not an easy life in the Garden of Evil, but there is Help you will not be alone. Talk is not enough! Getting understanding means separation from and non-conformity to the world. The world is all around us, so it will take courage. In most people’s lives, a lot of things need to go and the list can get long. Then, what is left must be prioritized, so the less that you have the better off you will be.

The question, in this day of the plague, is this, “Will you have the courage to see the truth?” “Will you do what is necessary in response to the virus and certain death?” “Will you communicated to a dying world that the gauze they wear is ineffective and, at best, only delays certain death?”

The real virus is not Corona, SARS, Spanish Flu, or Typhoid, it is SIN!

2 replies on “Sin and The Virus”

My observations of the current American evangelical machine is that its adherents have been castrated of the fear of God and the hatred of sin. It no doubt reflects the “bait” that is used to lure the crowds, which focuses our attention on the “love of God”, ignoring the fact that not once in the Book of Acts did the apostles preach the gospel in this way (in fact, the word love does not even appear in that book). Once again, I appreciate your post and the analogy drawn for us.

Yes, I have already been chastised for my unloving approach to sin for this article. I was also told that I shouldn’t compare the spiritual with the physical and not to focus on the negative. Teaching by “comparison” or analogy is very effective. There was no better teacher of this method than Jesus Himself. People get your point quickly when you use an analogy, it is a method of conveying truth. I’m not sure that you can preach on sin without being negative. On that point, I would again have to refer to Jesus and the New Testament as a whole. Sin sickness is very serious and negative. If a man is dying of the sin plague I believe it necessary to be starkly honest with him that it is not heaven that awaits him but a very miserable and hot Hell. If they insist on a positive message I will send them to Joel Osteen or Rick Warren. The world is packed to overflowing with positive preaching preachers, I’m just trying to give a little balance.

My preaching will never build a Church business nor would the preaching of 95% of the existing commercial Churches if they preached the truth. But, Jesus was not concerned about that, he was looking for the “few.” Also, conquering sin is a daily priority. Paul said he died daily. Jesus commanded us to crucify the flesh and to die to our desires. For some, I suppose this may be an easy thing if raised in the right environment but for most, as it is with me who has a past history of self-indulgence, it is a constant recognition that sin crouches at the doorstep. Separation and non-conformity to the world is a challenge every single day.

I agree with you that the fear of God is not to be found in the modern evangelical Church even though it is the “beginning of wisdom.”

Blessings in His Name,