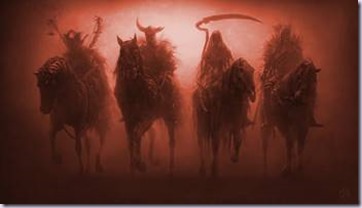 The world is fighting evil on every front and every nation sees its neighbor as evil.

Man has not fought his most difficult battle because it is the battle he must fight with himself, his own flesh. The desires of the flesh cling to the heart with a tenacious grip and its evil roots sink forcefully deeper, demanding to be fed, sucking the life from every soul.

God has not promised that we are born without sin and dwell on the earth without temptation, but knowing absolutely that every man is born into sin He has provided mercy to us because of His Son and through His blood. Spiritual struggles will not pass away from the sons of Adam and Daughters of Eve. We will all continue to have temptations and the evil adversities of sin in our flesh; we were conceived in sin and therefore have a strong foundation and stimulus of sin built within us. Evil will not pass anyone by. Whoever believes that they can achieve sinless perfection in the flesh is delusional. The perfection that we possess in purely “positional” because we stand in the purifying light of the Son of God. As long as we remain in the light as He is in the Light then we have peace with the Father. Whoever presumes that they possess pure holiness in the flesh is wrong. Our sanctification is unending in this life and will continue until death. Therefore, those who would be saved must enter through many trials and much tribulation in dealing with the flesh. This is why the most difficult battle is with the carnal nature. The heart afflicted by worldly desires, i.e. temptations, expresses pleasure when attained, or is sorrowful when denied or lost, and must learn to suffer in this life.

Satisfaction of desires is promoted and encouraged by the whole world and is the reason for the vast majority of commerce and business; it tantalizes and entices the flesh and invents great marketing strategies and lures. The difficult battle with the bloody and corrupt flesh is fought on many fronts simultaneously and is beyond our strength and there is never any peace with it because it remains outside God’s plan for man. For this reason, there must be great faith within the person who wants to fight in the battle against the flesh, and for this reason, few will be saved. “And they that are Christ’s have crucified the flesh with the desires and lusts.” (Gal 5:24)

Blistering Heat and a Boiling Caldron

We gather from God’s word that such is the battle that people have with the Devil and we read that:

“Arrows do not make it flee; slingstones are like chaff to it. A club seems to it but a piece of straw; it laughs at the rattling of the lance. Its undersides are jagged potsherds, leaving a trail in the mud like a threshing sledge. It makes the depths churn like a boiling caldron and stirs up the sea like a pot of blistering oil. It leaves a glistening wake behind it; one would think the deep had white hair. Nothing on earth is its equal— a creature without fear. It looks down on all that are haughty; it is king over all that are proud.” (JOB 41:28-34)

Those words contain a laundry list of the things great men do when conducting a battle to destroy one another; they demonstrate their power through their weapons. And, we read about that great serpent, “There is no power on earth that can stand against him.” When warring men lay siege with their “sling stones” against fortifications – where evil people hide – people filled with the Devil – the Devil ignores it. Instead, the Devil enters into the ones laying siege and takes up residence in their cruel and hardened hearts regardless of the destruction of men’s lives, their homes, and his own hateful evil that exists inside. For this reason, everyone who presumes to destroy an evil dominion through the strength of this world is on the Devil’s side, and by so doing, serves him and makes him even more proud in his exalted position than before.

I was reading in the IMPRIMIS publication, put out by Hillsdale College, an article by retired general Steven Kwast titled, “The Urgent Need for a United States Space Force.” I also heard while listening to the SOTU message that President Trump has approved the establishment of such a Force to begin. What does this mean? After making the case that America is already trailing China in this effort, Kwast goes on to explain why we must not allow this to happen. He says that China’s goal is to have the capability to shut down America’s computing, the power grid using directed energy and 5G technologies from space, and to gain control of media, business, land, debt, and markets. He goes on to state that the first to establish a workable space force will dominate the world and that since China is our enemy that we can not allow this to happen. This whole plan is evil but inevitable and mighty “sling stones” from heaven will search out the fortifications of evil even though they are shielded in mountains.

In the very near future, there will be the ability to wage war from outer space. It will be a war of Blistering Heat and a Boiling Caldron. In an effort to prevent evil, a greater evil is needed. No man trusts his neighbor and evil is spread completely across the globe and the lesser of two evils is now, very, very, evil. The evil twins of the Christian Church: Catholicism and Protestantism, are not exempted from this adventure in death and destruction but will lead out the swarm of Satan’s sacrifice to himself. Mankind, in its religious and secular portrayal has loathed the day, while in its secret insanity lusted for a closer look. The cup of the world’s private indulgences will now overflow in blistering heat and a boiling caldron when all governing authority evaporates in the heat of selfishness and pride. Satan, the renowned impostor, can now openly exhibit his pent-up anger, no longer hiding behind a counterfeit composure.

The day is not far off, all the pieces are present, all the players in place, evil is everywhere, and the fire of hell burns hot under a seething caldron ready to explode its misery onto a world ripe for judgment. Some will say I am being fantastic and that spreading doom and gloom only hinders the Good News, I disagree. My message is simple to those who can hear and see, and it is this, flee the wrath to come for it will be blistering heat and a boiling caldron.

“War is delightful to those who have had no experience of it.”

“Tell me, by all the gods, is anyone happier than that class of men whom we commonly call fools, idiots, morons, and simpletons -names, in my opinion, of exquisite beauty?”

Quotes from The Praise of Folly by
― Desiderius Erasmus Roterodamus 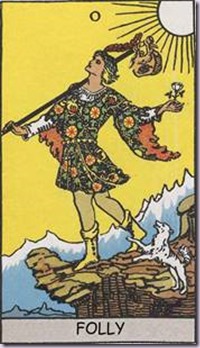 5 replies on “Blistering Heat and A Boiling Caldron”

This is an interesting interpretation of Job 41 – one that I had not previously considered. It does seem clear to me that the devil is playing both sides of the military, political, social, and cultural wars that rage around us. And while it is understandable that he who “deceives the whole world” (Rev. 12:9) is able to easily hold unbelievers “captive to do his will” (2 Tim. 2:26), it is discouraging to witness his success amongst professing Christians. “If the foundations are destroyed, what can the righteous do” (Psalm 11:3)?

Some may question the correctness of the interpretation and they may be right but I don’t think God is as interested in large ancient ferocious beast as much as He is in revealing our diabolical enemy. Yes, it is discouraging to watch the Church in its apostasy and to think that I was once among that number. I am not bragging because, although I have come a long way the road is still distant up ahead. It helps to know that others have discovered the way out of the trap, but we’re not home yet and as you say he is the deceiver of the whole world; the foundation has crumbled.

Steve – I hope that you know I wasn’t so much questioning your interpretation as I was contemplating it. You are most certainly correct in saying that God is more interested in our understanding what we’re up against than in describing a physical beast. I, too, have far to go…

David, I know you were not questioning my interpretation, but I thank you, brother, for having the sensitivity of spirit to be concerned. You and I think very much alike. Thanks for caring.