The LORD looked down from heaven upon the children of men, to see if there were any that did understand, and seek God. They are all gone aside, they are all together become filthy: there is none that doeth good, no, not one.

and White Is Actually White?

An offering of bliss, or an intolerant assault on insanity?

The Christian lives his/her life in conflict, or at least they should, say true wisdom. There is not only the conflict of their life with the world, a continual struggle of lifestyles; but there is the conflict of paradox; living a life of contradiction, as seen from the natural man when compared to the Bible. Folly makes capital of the wisdom that postulates that we must die to live, we must mourn to be joyous, we must surrender to be victorious, we must hate to love, we must follow to lead, we must become poor to be rich, we must become the least to become the greatest, we must be blind to see, we must work to rest, and we must be homeless to have a home. The hardest thing a Christian can do is to be faithful to this life of self-contradiction, and this is the greatest contradiction of all, that it cannot be done by any of them. This paradox brings much scorn and laughter from Folly and her cohort of motley fools, whether they are humanist, trans-humanist, or the new variety of "Christian" humanist; or just the generic tomfools lacking any sense of judgment or understanding.

As contrary as Christian truth appears to those outside, the “truth” of the world is even more-so. For with the world, even though they use the word truth, they can never see black as black, or white as white; the ground is always giving way under their feet and balance is found in a vacuum of uncertainty. To understand anything absolutely, is to wage war with the Queen of conundrums and lord of the ludicrous; better to go with gray; a moving target is hard to nail down. They see the world as silly putty; fashioning peace on the passing approximations of plastic truth, and take their stand in the flux of creative thinking, having their feet firmly planted on nihilistic delusions. Is not this the paradox of paradox; the confidence to trust the wreathing truth of the witless?

In Folly’s jovial irreverence she sees only those things that lend to pleasure and happiness. Everything she represents is geared to produce the “happy human,” but she never deliberately divulges at what cost her happiness is procured. Whole societies are instituted for nothing else than to worship and adore her in drunken humanistic happiness; but the folly of Folly is that she cannot keep us laughing, and the truth of despair, frustration, loneliness, and guilt keep returning, calling us back to a tormented sort of sanity, which by design encapsulates a hope of deliverance. There is not enough foolishness in Hell to keep back the truth of our depravity; and our own consciousness of damnation is a signal that help is very near, that rescue is a reality, and that our sight can be restored. But, Folly in her cunning, foolishly makes us think we have no sin, when we are all sin, through-and-through; then periods of powerful soberness invade our inebriated slumber and the penetrating light of conviction brings our eyes wide open, and is the signal that it is time to fly to Jesus; a way of escape has once more opened into a foolish heart.

But many also are the Christian foolish, who have seemingly fled to the threshold of faith toting a truckload of earthly gained talents, on a quest to the Celestial City, and to build something for Jesus, and found the gate a difficult endeavor, (I think strait is the term), not adapted to heavy loads or self-imposition; and turning to a less treacherous and more stimulating way lead off into the fog of delusions, half truths, and the perceived values of good marketing. Folly wants us to believe that we are some new kind of Jew, that we must be working, doing, working, doing, and doing some more, whether in sweat, song, or sermonizing; when in truth the dead do nothing. If we want to do something for Jesus we must first do nothing at all. “Unless a grain of corn falls to the ground, and die. . . .”  “He is no fool who gives what he cannot keep, to gain what he cannot lose.” (Jim Elliot) 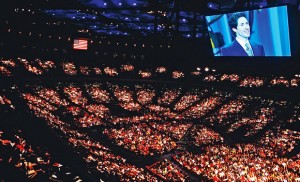 The Cost of foolishness; it is much more than any of us can afford. Since foolishness is nearly universal, then we need only inquire of those whose job it is to gather facts and statistics and see for ourselves the very high price of frequenting the house of Folly. With the increase of foolishness comes increased cost, and foolishness is habitual, so consequently, the ultimate bankruptcy of her children. The cost of foolishness is not apparent all at once, but is generally hidden in our slumbering attitudes of acceptance over time; it becomes a “norm.” Early America was characterized by Pilgrims and Puritans in sacrificial service to God who gave them great abundance through enormous loss. These many years later, their progeny is characterized by religious entrepreneurs, lost in their own self-consciousness, making merchandise of men’s souls. And, this attitude is equally wretched in the not-so-pious group known in the new religious jargon as “the un-churched,” who used to be called “lost.” Their lostness or un-churchedness, or what-ever, is best portrayed in the form of statistics, but is probably seen by them as being progressive 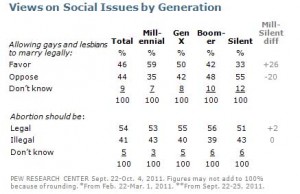 and diverse, or even culturally hip.

Folly has our eyes fixed on the surface of things and is always involving us in some gag to prevent our eyes seeing below the crust. Truth is not generally apparent in superficial things, or trivial things that only have the appearance of importance. It takes a discerning eye to perceive, or judge, on matters of true truth. Truth is more than a 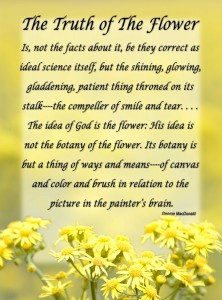 definition or mental favoritism of “what is.” Truth is a revelation of the right “idea” coming to mind when you hear the word of the Lord. The word of truth should be neither an empty sound nor a vague notion of what is meant. What did Jesus mean when He said, “I am the truth”? Folly would state something merely intellectual that she could hand out or teach a class on, and leave lying on a shelf to gather dust. Jesus, on the other hand, meant something vital, something alive, self-sustaining, and so vital that all relationships are subject to it; He was not just speaking truth, He is Himself the embodiment of truth; all truth is comprehended in Him. Folly merely puts the highest word she knows to the highest fact she knows, and calls it the–truth; but is there a higher order? In our world of jest and joviality we say no, but in our moments of extreme mental anxiety we pray there is a higher order, and the real hope of such a thing keeps us off the bridge. But, we cannot know “truth” until we know the soul of truth and that soul’s true determination; we need "truth in the inward parts."

Christian truth appears to be an assault on what the world calls sanity, but what is the truth? The Great Physician has told us not to listen to all the voices in our head, but to follow His prescription precisely.

John 7:17 “Anyone who chooses to do the will of God will find out whether my teaching comes from God or whether I speak on my own.”

John 8:31,32 “To the Jews who had believed him, Jesus said, ‘If you hold to my teaching, you are really my disciples. Then you will know the truth, and the truth will set you free.’”

John 15:7 “If you remain in me and my words remain in you, ask whatever you wish, and it will be given you.”

The world is a hellish insane asylum with all the doors left open and the most insane of all become the ward keepers and directors. The best that the resident doctors can do is to keeps us all medicated and away from any desire to escape into the light of true truth pretending to see beyond the realm of our detention. In the world of the benumbed  truth is like the pretty shells along the sea shore, everyone holding fast their prettiest one, never lifting eyes to gaze upon the mighty ocean from which it came.  Reality for them is found in the debris that is washed ashore; the remains of the catastrophe that once was life. They see shadows and glimmerings of things that speak of another time, but never question the reality of the once living thing that is now dead, and carefully placed on the mantelpiece to enchant us.

We never question the remote presence of flowers, even though we cannot see them, when their scent reaches our nostrils; or the nearness of a restaurant when the smell flows down the corridor of some mall; nor the fact that water exist when thirst awakens our desire. Every man and woman has been given the innate desire and sense of the supernatural that Folly masks in humor or ridicule; but have you every desired something that has no root in reality or fulfillment; your desire is prophetic of its own fulfillment. Reason and logic are confounded when presented with the true facts.

The truth is ever before us and is nowhere hid from those who want to see it; and the truth is much more exciting than the lie.

Think for a moment now, and ask yourself, What color is my world? Do I live in the light of truth or the fog of folly? In every thing you do, and every answer you give, test yourself; you may be quite surprised at what you find.

Against her better judgement, this could be the very best gift you receive this year; plucked from the fist of Folly.

2 replies on “Jewels Plucked From the Fist of Folly”

This is another great article and so true. Thank you for another article on Folly vs Truth.
Blessings to your ministry and praying that many heed what's in these articles.
D

Thank you for your prayers.