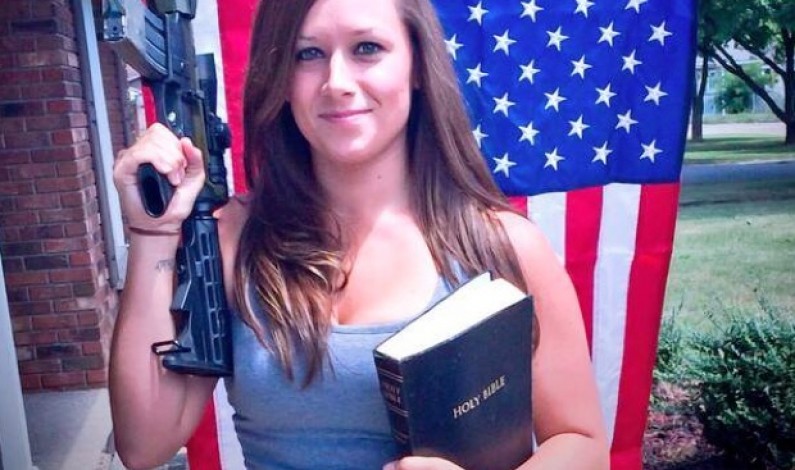 In guns we trust, in technology we trust, in the military we trust, in money and power we trust, but in God we don’t really trust at all. When trouble is at the door Christians are the first to stockpile guns, ammo, and food, and then they sit in their little groups and talk about love, peace, and charity. What hypocrisy!!

On the 4th of July Christians everywhere will celebrate the killing of their enemies. The killing of those enemies are the direct result of either believing the false gospel of Patriotism or a lack of faith in the One they say they follow. Christians have been lied to by those who pretend to be their shepherds. They have been fed the national lie for so long that they will completely ignore the plain and simple New Testament passages that expose the falsehood and swallow the lie without shame.

True peacemakers – Christians – do not put their trust in an arm of flesh, i.e. attempts and alliances for self-preservation. God has promised to care for them, and in Him they trust as the Bible states – “Not by might nor by power, but by My Spirit saith the Lord.” They do not simply profess to believe that God will protect them from suffering, but that He is really able to do so, if it is His will; and if it is not His will then man cannot prevent it. If God wills it, He has a purpose in it, and we should pray to the Lord that His purpose may be accomplished in us, and that we may be made worthy to suffer for His name and not to do anything impulsive whereby God may be dishonored. Mindful Christians know that “the race is not to the swift, nor the battle to the strong;” they glory neither in their wisdom, in their might, nor in their riches; but they glory in this, that they know the Lord, who exercises loving kindness, judgment, and righteousness in the earth. Their life, liberty, and worldly goods are in the hands of the Lord; He gave them and He has many ways by which to take them away again. Christian concern is not so much how they may preserve these, as it is to preserve the life that is begotten in the soul by the power of the incorruptible seed of the Word of God. Christians look upon the upheavals in the world as being in the hand of the Lord, who controls them according to His good pleasure. The interest they might take in those events, or the ineffectual efforts they make to control them can have no effect except the effect it will have on their own hearts, to draw their minds and affections away from the more important objects of love and trust, as the Bible states.

On this day of great celebration I challenge my Christian brothers and sisters to examine carefully the fact that the liberty we so enjoy (and that I am thankful for) was accomplished and maintained, not by the arm of flesh but by the living God.

Important to say and well said. Thank you.

May His joy be our strength…

“Them’s fighting words”, Steve… But Christianity is so much easier when we leave it in the realm of hypotheticals…

For a guy who isn’t a fighter, it is easy to see how the Anabaptist got into so much hot water, and other things hot. It is a Spiritual battle and the Lord doesn’t know how to retreat.