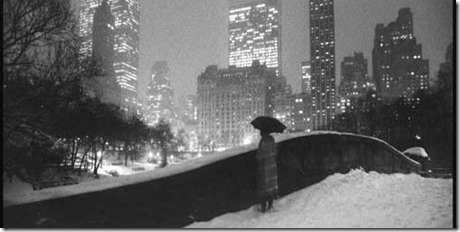 Proverbs 10:5 “He who gathers in summer is a prudent son, but he who sleeps in harvest is a son who brings shame.”

For very many years now the Protestant Church has dominated the conversation on the subject of non-resistance to the evil person, separation from the world, and separation of Church and state. They have watered these truths down to the point that they are virtually nonexistent. The present value of these doctrines among nominal Christianity have slipped into the obscure recesses of Church history. Today’s Anabaptists, who in former times gave their lives to uphold these doctrines, and by doing so, persuaded many, have now chosen to remain silent, and safe.

Has it now become unnecessary to reach those in the cities with these precious and rare gems of truth? For many years I was persuaded that being a flag-waving patriot was to be the ideal American and Christian. I didn’t know any other way because the popular and vogue Gospel of balance and open-mindedness was all I experienced in the Protestant strongholds of the city where I lived and raised my family.

All of my Christian life, until I was near 60 years old, I wrestled with those contrary verses of love, mercy, and forgiveness while my teachers and leaders contested what I knew in my heart and steamrollered my inner-voice. Today I know and have found real freedom, and understand the heavenly mystery of overcoming evil with good. I also know that there are very many Christians in these Protestant strongholds who are just like me and want to be convinced that they are not crazy for seeing value in all human life, even the life of their sworn enemies. And, where have all their political involvements gotten them? Ever since I could vote I cast my vote for those who would do away with the wholesale murder of babies yet, today babies are murdered (60,942,033 since 1973 in the U.S.A.) without many tears being shed and in similar numbers of previous years. I now conclude that Christians voting is not a Christian endeavor blessed by God; it is just men in their own strength playing God and pretending to be Godly while men and babies die, with their consent.

We are in such dire need of a new crop of Anabaptists who have open eyes, and open hearts, and open ears, who see, feel and hear the voices of their brothers and sisters stuck behind-enemy-lines being fed the propaganda of government and Church that violence toward their enemies is blessed of God and that to be in the military, police force, and justice systems are good things for Christians. These Christians are in a very dangerous position thinking that God blesses these activities when in fact it is a rejection of all that the New Testament says about how we should live and conduct ourselves in the world. We have not been sent here to kill our enemies but to save them through great sacrifices, what else can picking up our own cross and following Jesus mean?

When will the new Radical Reformation begin . . . ?

Steve,
It would seem that the enemies of God and Christ in the US are now emboldened to proclaim their demonic ideologies openly and gain the listening ears of an increasingly deluded populace. That being the case, perhaps those who hold to Anabaptist convictions (knowingly or not) will have an opportunity to love their enemies in the way Jesus taught. I am not optimistic that our culture can survive much more onslaught from the rising darkness, but this is helping me to set my mind on things above, where my life is hidden in Christ!

Yes, you are right David. I pray that their boldness will work against them to emphasize and highlight the depth of the depravity to which we have arrived. Their will be some and at the right time the truth will once again break upon the scene and the waiting sheep will be sacrificed and the message will pierce the darkness with clarity and purpose. The time is short and true Christians have to have resolve that it may be them led to the slaughter.

I have been in conversation with some Kingdom Christians who disparage my uses of the term Anabaptist because they feel that the Anabaptist have retreated to safety and no longer carry the torch of past Anabaptism. I have agreed with them that is truly the case. Nevertheless, the original vision and message is very much alive in those who are of recent conversion to their powerful and dangerous message and who have taken up the torch to complete the journey.

Like you David, I have my hiding place, in Christ.