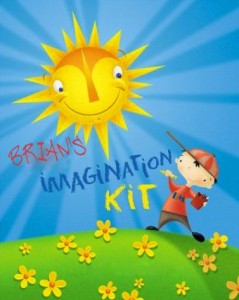 Brian McLaren thinks he know Jesus, but it is just his imagination. As a matter of fact Brian loves to imagine that he understands Scripture, but again it is only his imagination. Brian, in his imagination thinks he can manipulate God’s Word as if it were silly putty.  God’s Word, in the hands of Brian McLaren, can become whatever he wants it to become. Let me illustrate. Below, Brian puts words into the mouth of Jesus, that Jesus would never have spoken. He models Jesus as a liberal theologian by twisting His words into the words of a mere man. Brian McLaren is dangerous, and no friend of Jesus. Brian McLaren’s father is Satan, the saint of silly putty.

A Fantasy of Brian McLaren

One evening, Jesus went on the Chris Matthews show and a large audience was viewing.

As he sat down for the interview, Chris introduced a group of religious right leaders. They brought with them a man caught violating the don’t-ask-don’t-tell policy in the military.

They made him stand before the camera and said to Jesus, “This man was caught admitting that he was gay. The Law of Moses commanded us to stone such men, and military law demands that he be court-martialed. We don’t want to kill this man: all we are interested in doing is passing a law that would criminalize such behavior in the military and in all of society. What do you say? Do you support our pro-family agenda?”

Jesus leaned over and wrote on the desk with his finger.

The Family Research Council representative pressed harder, “Don’t you agree that we should outlaw gay behavior? Don’t you agree that the Supreme Court decision in Lawrence v. Texas which overturned the sodomy laws in this country was wrongly decided? Would you dare to deny that there is a place for criminal sanctions against homosexual behavior?” Jesus kept writing on the desk and didn’t respond.

Finally, Chris Matthews said, “Well, Sir, what do you say? They’ve asked you a question. How do you respond?”

Jesus sat up straight, looked directly into the camera, and said, “Just one thing. Let the one among you who is without sin cast the first vote against this man.”

Even if you agree with the Family Research Council on the issue of homosexuality, and even if you’re worried about slippery slopes when it comes to human sexuality, I think you’ll agree: there’s another slippery slope that’s equally easy to slide down, and that’s the slide into the kind of Pharisaical religiosity that attempts to make people behave “morally” through the threat of exclusion, intimidation and legislation.

Whoa!! Steady Nell, whoa there! Whoa! Brian McLaren has just shown his cards to the whole table, and by deliberately putting this lie into the mouth of Jesus shows to the whole world that his agenda, his measly little manmade plan, is more important than getting Jesus’ words correct, is more important than honoring Jesus’ truth about sinful living. Brian is attempting to force Jesus to conform to his own gospel; what a perversion!.

In this little bit of stagecraft Brian makes Jesus agree with him, that the sin of homosexuality is O.K., when Jesus doesn’t even come close. The sad thing is that Brian knows exactly what he is doing, and intentionally puts a lie into the mouth of Jesus. This is not only a perversion it is heresy. In this story, it is not so much what Brian adds to it, while he twist it out of context, but rather what he leaves out completely, the instructions Jesus gives the sinner; what he leaves unsaid, is more important than what he does say. Brian would lead his little lambs to believe that Jesus would have condoned the sin of adultery in the woman who was brought to Him by the Pharisees in John 8:10,11, by leaving out these important word of our Savior, “When Jesus had lifted up himself, and saw none but the woman, he said unto her, Woman, where are those thine accusers? hath no man condemned thee? She said, No man, Lord. And Jesus said unto her, Neither do I condemn thee: go, and sin no more..”

By leaving off these very important words, who is Brian copying, Jesus? No, Brian is not copying Jesus, he is copying Satan the Deceiver, the Liar. This is the same tactic used against Eve in the Garden, and it is no different here. It was meant to deceive then, and it is meant to deceive now, and always. The Liberals have perfected this piece of theater; it is literally, as old as the hills, but it still works against those in darkness.

Would Jesus really have left off these important words if the person before Him would have been a Gay person instead of an adulterous woman? We both know He would not have just said, “I forgive you, now go on about your sinful ways.” Jesus’ demands on all of our lives is to “go and sin no more.” We are never admonished to remain where we are, but to move ever closer to Him, and away from our perversions and sins.

We can not pander to sin. Where is righteousness and holiness? Not in the camp of the Liberal theologians.

Thank you Brian McLaren for tipping your hand once again.

I agree with your take on Mr. “Blind” McLAren’s attempt to use Jesus as a foil for advocating that homosexuality is just a reasonable lifestyle. That IS what he is inferring. This is why I get sick of the term “God loves you unconditionally.” It also infers that God isn’t about punishment or wrath or even disapproval. You, as long as you “believe” can do no wrong. If that were the case then there would be no such promise of replies like, “Depart from me! I never knew you!”.

While I am against a united “Christian” front that attacks organizations and businesses for supporting, advertizing to or promoting homosexuality, McLaren does exactly what you accuse him of: stopping short of telling the whole truth. Which means he’s a liar, just like Satan.

I won’t refuse to do business with, or work with, or live next to a gay person. But, I will not ever wink at that lifestyle or accept it as a legitimate way of living any more than I would pat a neighbor on the back or play along with one who I knew was cheating on his wife. Some things are just wrong and while Jesus showed mercy, He did not fail to judge adultery as sin that must be forsaken; not just forgiven.

It doesn’t surprise me that this article is taken to be “over the top,” I suspected that it would be when I wrote it, but is that really the case? With Brian McLaren, the lines are so distorted and the meanings so confused, that if you are not able to “read between the lines” i.e., to discern his intent and purpose, you could easily find yourself tasting the apple of his heresy, and denying Christ without realizing that you have become anathema to everything you once believed. If an error is to be made let it be made on the side of being a little “over the top” and “. . .hating even the garment spotted by the flesh.” Jude 1:23.

Brian intentionally left the last part of the verse he quoted off, because it would have ruined and exposed his deception. He not only does his dirty work here, in this fantasy, he does it with everything he touches.

The criticism I have with Brian’s piece has nothing to do with a particular stand for or against homosexuals, it is against his misuse of God’s Word. My stand is against his falsifying the “Truth” to accomplish his own agenda of political tolerance. I could care less what the world does, it is not my job to march on Washington, or to vote for the lesser of two evils, or to campaign for some politician. We see the things happening to the Church and the Country because of the wretched state of affairs inside the Body of Christ. God has stated in His Word that when our “ways please the Lord, that He causes even our enemies to live at peace with us.” Brian thinks it is his job to distort God’s word to promote political action, to accomplish what he “imagines” is God’s will. Brian is a liar, just like his father, the Devil.

I do appreciate your comments, but remember we are not a political action blog promoting a false sense of godliness through a liberal dominionist philosophy. When we get our lives right with God, then God Himself, will heal this land.

though i am not a fan of anything that McLaren writes or believes, I think that you might have gone a little over the top with reading between the lines on this one…. he simply stopped short of recreating what Jesus said at the end of that story because it was not really the point of the story.

this may come out kind of weird, but even though i believe homosexuality to be a sin, i am not really against legalizing gay ‘marriage’… to me, the point is that marriage in God’s eyes is between a man and a woman no matter what the government says about it.

I feel that the Christians who protest and put all their effort into stopping gay ‘marriage’ are saying by their actions “if gay marriage is legalized than the definition of marriage will have changed!”

i mean, i really don’t care if the government calls two men “married.” In God’s eyes they are not……..