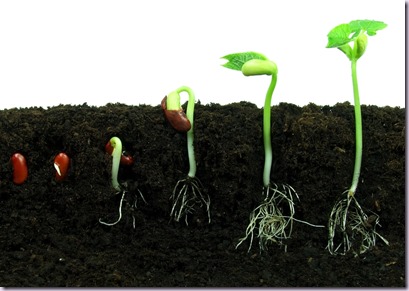 Most people who call themselves “Christian” are Christians by default and not by decision; they are Christians by birth or they have caught their belief the same way a person might catch a cold, by contact. Muslims are Muslims the same way, because they were born into a Muslim family or nation, and very few of them become Christian. Likewise, Christians are Christians because of birth, national origin, or because of friends and family ties, but here again, very few are truly born again Christians. These people are not Christian by conversion but rather by affiliation, association, or lineage. For a Christian to be a Christian in the lineage of Christ he will eventually discover that he possesses a strain of Christianity that is more like Christian-anarchy and that they will imbibe the words of Jesus, “If they hate Me they will hate you.” Christian anarchy claims anarchism is inherent in Christianity and the Gospels. It is grounded in the belief that there is only one source of authority to which Christians are ultimately answerable—the authority of God as embodied in the teachings of Jesus.

Today, no one hates Christians, Christians love the world and they receive the love of the world in return. Christians, today, support the state and its authorities, and conformity to the world has become a virtue. Politics, entertainment, possessions, clothing, self-will, greed, hatred, and cravings of all kinds are the distinguishing marks of the 21st Century Christian. Two thousand years of errors have reduced, what once was a ministry into a department of the Church and the minister (servant) into a cleric (man of the cloth, reverend, churchman, or ecclesiastic). Today, Christians offend no one! Even Anabaptists, who reject the power of the state and its rulers, who claim but One ruler, who used to be anarchists are now “the quiet in the land.” Originally, they were anarchists, forming themselves into communities on the margins of society and government contending for the truth of their Master. Who can deny the early Radicals: Grebel, Manz, Blaurock, or Sattler that they were anarchists? They were not violent or mean but brave in the face of evil they understood the “powers that be” as a divine scourge sent to punish the wicked.

Jesus was an anarchist, His Apostles were anarchist, for nearly three-hundred years the early Church was anarchist, then for twelve-hundred years, the anarchist spirit became quiet till the year 1525. With peace as their banner and love for truth and neighbor, a non-violent seed of complaint shot forth roots into the fertile soil of a compromised Protestant Reformation and a spiritual flower arose from the ashes of a dark past to face a dreadful enemy, the compromised Church. The spirit of Grebel, Blaurock, Manz, and Sattler did not die with the moving of their children to America it only slumbered for five-hundred years after banqueting in the Land of Plenty. Today, that spirit is reviving in a land caught in the chaos of a pandemic, rebellion, political intrigue, family desolation, threats of war, and prophecies foreshadowing the return of the Creator, Redeemer, Judge, and King.

The spirit of obedience is the spirit of Christian anarchy; it is the spirit of a Heavenly constitution and citizenship. The spirit of anarchy is a tool very much needed today to “break up the fallow ground” of Christian complacency. The time has never been greater to exploit the real needs of a world in the throes of death. Are Christians simply called to be bystanders and spectators or are we called to be seeds and martyrs? True Church growth has always come at the cost of blood; the question is, will you be safe or will you be seed? 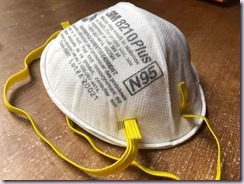 Although your analysis certainly fits the American Evangelical church of days gone by (and its nationalistic descendants whom survive today), I’m sure you would agree that there is now an anarchistic movement afoot within society and the visible church (which is, as you say, loved by the world). However, it is a false movement in that it seeks not to exalt Christ as Lord but to simply replace one ruling class with a different group. To me it is a sure sign of God’s judgment that intelligent people are so deluded as to not see how these types of Marxist revolutions have always led to tyranny and loss of freedom for the vast majority. Everywhere we look there is falsehood and deception. Truth has stumbled in the street (Isaiah 59:14; Jeremiah 9:3-5).

Thank you David for your response.

Anarchy is a word that is on everyone’s lips today and describes the evil acts of men, but in a very real sense, the true Christian is an anarchist although for good. The failed organized Church has its own anarchist spirit which is a slightly modified version of what we see playing out on the streets, and it too is evil. As everything Christian has been perverted by the organized Church so has this. Christ is not exalted when the Church acts contrary to plain Scripture.

There are different kinds of anarchy with different streams and sources. I do not accept either nihilists or anarchists who choose violence as a means of action. The anarchy we see displayed in the streets today is 180º out of sync with true Christian anarchy and as you say has a strong Marxist element.

Prophetically I think we are very close to the end so the Christian anarchist needs to define his terms so as not to get caught up in the rebellion. For a Christian to die in a rebellion is the worst possible thing that could happen because “rebellion is as the sin of witchcraft” and we know the penalty for that.