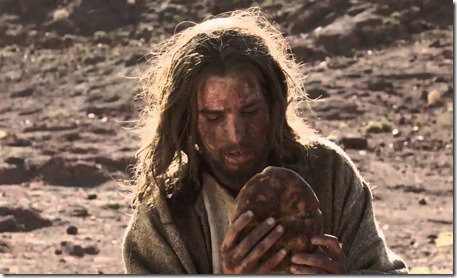 It started with Jesus.

Jesus came to conquer, defeat, and overcome, but not by these means. So, He resisted the grab for the golden ring, He resisted the temptation, and chose instead a cross and obedience to His Father. By all appearances and reason He chose incorrectly. He indeed came to conquer, but His way did not agree with the world, and His weapons were not carnal. His method was absolute with no deviation or concessions. His enemy was alien and so too were the weapons of His warfare, and not understood by those He came to deliver, at least not initially.

The Devil, a seasoned soldier, made a similar offer to another man. In AD 312 the emperor Constantine saw a vision which he believed to be from God. He, too, was offered prestige and glory and an important victory, if he would bow and wage his war under the banner of the Cross and in the name of Christ, who had previously declined his offer; Constantine accepted the proposal and so wed the Church with the state. In the history of the Cross this is the first time that the name of Christ is appealed to for the cause of violence and death. Constantine won that important battle and became a “Christian.” Christians, still bearing the scars of past persecution, now ascended the steps to places of honor and authority. Before the end of that century Christianity had firmly established itself as the religion of the Roman Empire. The god of the state entered the front door of the sanctuary and death was coronated in the place of sacrifice.

With the temptation of glory and prestige, the Devil’s weapons of choice, Eusebius and Augustine were likewise recruited into the ranks of the state praising God but bowing to Constantine. With this new freedom and insight Augustine reasoned that he now had the gifted ability and responsibility to use the power of the state in the cause of righteousness, Just War, and Church growth.

The Church had now entered a new age.

What was once evil, was now good, and what was good, was now evil. What once persecuted the flesh now satisfied it. What once escaped reason now made sense. What once was interpreted correctly through the Spirit was now interpreted creatively by “intelligent” men with flowing gowns, gold chains, and seats of prestige in places of government and authority. Once the Church acquired power, everything changed. Thanks, to theological training, what was once viewed as satanic, i.e. political and military power, was now seen as the blessing of God. Christ, who refused to destroy men’s lives but rather chose to die for His enemies, was now enlisted and placed at the head of the military to conquer and destroy. Likewise, that power that once led the faithful to pick up their cross and follow Jesus now inspired them to pick up swords. Those who had once chosen to serve the world now set out to dominate and rule it. Christians, pointing to Christ for their rules of engagement, once chose to die rather than do violence. Those, who once refused to be associated with nationalism and the ideology of the world, were now defined by it. The virgin Christianity of the previous three hundred years was now prostituted and her appearance was no different than the pagan religions which Constantine also embraced. Christianity had now become a means to an end rather than an end in itself.

Satan’s words, “It has been given to me, and I can give it to whomever I please,” has become the underlying theme of every new doctrine that has come along for the past 1700 years, not least of which is personal protection and national defense, if only a person would just swear a little allegiance. That little snowball that started downhill in AD 312, collecting debris with every inch of progress, has become a megalithic monument to corruption and evil , nowhere resembling its founder.

All the warnings to the contrary have gone unheeded, the watchmen all muted, faithful saints castigated and expelled, and the rules rewritten. And, What started as a temptation has now become a lifestyle. 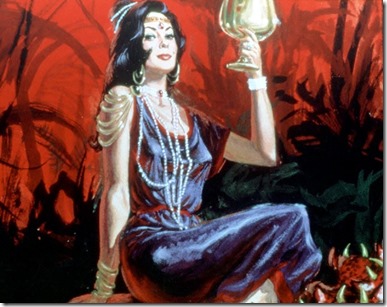 Thus Constantine’s vision was the birth of the apostate church. Rome faced with the dilema of a popular pacifist ideology in their midst chose to hijack Christianity and use it for their own purposes. Thus the introduction of the “just war doctrine” by Acquinas, later dubbed a saint. The rest as they say is history. Even the “reformers” failed to identify this the largest of Romes lies about Christianity. Subsequent generations of “Christians” have opted for the lies of Romanism rather than the gospel of Jesus Christ. Only the remnant who cling to the truth or repent of their sinful perversion of God’s precious word will spend eternity with God.

Somehow, even our parents in the Garden were more attracted to the Tree of Knowledge than to the Tree of Life, so apart from Christ we quickly go astray. It would seem that in this present time and place, the church has passed a tipping point and is running headlong to her demise.
David

Nice to hear from you. My site here is getting very few visitors these days; I’m not a very good administrator. I will not be adding much in the future, but would like to invite you to my FaceBook site at https://www.facebook.com/IndyWatchman. I think I sent you a friend request.