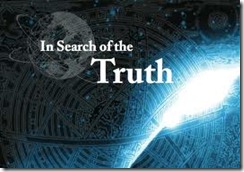 As you look out into the eternal vastness of outer space and contemplate the unique and unusual idea of—truth–to come to any definitive conclusion as to the reality and materiality of truth can seem as far away as a distant Nebula and as concrete as a massive cloud of gas.

One primary area where truth is the main focus is philosophy, and it could be rightly stated that philosophy is the study and search for truth; which encompasses the quest for wisdom, through an understanding of existence, knowledge, values, reason, mind, and language. The word “philosophy” in the Greek means the love (philos) of wisdom (sophy). But, nowhere has the search for truth become more nebulous and lost in a cloud of gray matter, and showing a keen lack of love or wisdom, than in this philosophical search itself. Regardless of how earnestly or scientifically the search for truth is pursued it only becomes more and more elusive and distant. Simply stated; to talk about truth with a philosopher is to talk about endless controversies; because truth in the world can only be speculative and cannot be known conclusively and with certainty.

So, truth, being only speculative leaves man in a very vulnerable position. Who gets to define what is true, or what is real, or necessary? Philosophy becomes a form of currency and power. These esoteric and cryptic endeavors, are re-stated in workable terms and language, and then filtered down through the strata of societal machinery. This powerful medium of ideas is birthed in the minds of intelligent men, who ponder all the great questions of the world. Basically, what the man on the street comes to believe, about anything, has had its origin in the think-tanks of philosophers, and then passed on to the academic, to the artist, to the musician, to the general culture, and theology. Art, music, and literature, are the real vehicles of the philosopher’s message to the masses, of which the philosophers themselves could never reach. The general culture’s consumption of poetry, art, the novel, drama, cinema, and theology displays how effective an idea has become; and thus ideas are carried to the man-on-the-street. The philosopher’s dialectic becomes the presupposition or worldview of the status-quo in all its varied forms, who consciously or unconsciously build their life on the perceived trueness or falseness of those ideals. All of society moves in this flow, and so the world has moved from the beginning of time, and so it moves today. Mankind has been visualized as sheep, a 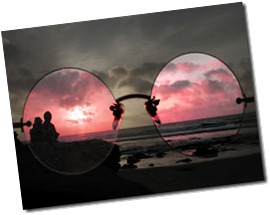 nd in the last days, as sheep without a shepherd, looking for food; not knowing good from evil, and even preferring the latter to the former. What hope does the plain, poor, simple, common, humble, plebeian, proletarian working-class have in the search of anything even remotely resembling truth, when all of reality is the fabrication of men? Most men chose to go through life wearing rose tinted glasses, thus evading the discussion of truth.

All of this confusion should not lead us to despair, but is designed to lift our eyes upward. In the midst of the poverty of endless propositions and wild estimations glows the riches of God, Who in Truth, directs us to a different source of understanding. When! in all their intelligence, has one of these brilliant fellows put his finger on anything he could say with absolute assurance, “This is true”? Even in religious circles truth has been forsaken for the uniqueness of the individuals own “story.” After all that we have learned from the philosophers of their futile and failed efforts in pursuing objective truth, now at the end of the Church age, the “Emerging” church insist that all truth is, simultaneously, propositional and personal, and that personal truth is the higher of the two. But, what the church has done is to effectively shift the pursuit of truth back into the hands of the liberal theologians, who imagine they are philosophers. Philosophy has never been able to deliver a spec of absolute truth, but liberal Christians, who stand with one foot on the Bible and one in quicksand, with the utmost assurance, declare that their personal stories are “truth,” and takes precedence over the concrete propositional statements of the God breathed Bible. The whole of the Catholic Church, and it entire history is built on this premise, i.e. that we can create our own truth. This thinking comes from drawing the foregone conclusion that, there is truth, but that there is no objective way of knowing what it is, and that there is no “independent standard” of measuring it; therefore, either it can’t be known, or only a gifted few must be consulted. This life of paradox and confusion is life outside of Eden.

Many things we hear from these brilliant theologians have a ring of truth, but only lead to despair. When we need a cup of cool water a mirage simply will not do. As long as our eyes are on the shimmering sands up ahead, our hope is in the brilliance of “enlightened” men, whether philosophers, theologians, desert fathers, priest, popes, new age gurus, mystics, soothsayers, palm-readers, or your own personal spirit guide, who will lead us to a horrible death. The real sadness of this scenario is that life is within reach of everyone, and no one need die of thirst. The very fact that we thirst proves there is a satisfaction of that desire. The desire itself is prophetic of its own fulfillment. If we turn to a mirage instead of the true thing itself, it only means that we are self-deluded, and have come to prefer the mirage to the real thing. A good example is that in the place of true re-creation we are easily satisfied with entertainment.

There are really only two kinds of truth that we need: the truth of self, and the truth of God. When Jesus was walking along the road one day a blind man cried out and said, “Son of David, Son of David, heal me, please come and heal me; I want to see, please make me see.” Oh, how Jesus loved that blind man. Jesus touched his lips, and He touched the ground, then He touched his eyes, and the man turned around, and he could see, and he could see. Then there was a group of lepers, and they cried out, “Make me clean.” He looked at them, then drew them close, and said “be clean,” and they had new skin, they were whole again. Oh, how He loved them. I am that leper, and I am that blind man. I am no philosopher and no theologian and all I can say is that once I was blind and now I see; once I was corrupted but I have been cleansed. The blind man knew himself; the truth about his condition was more intense to him, than it was to all the other blind men who could see, and the truth of what he was, drove him to Jesus. The leper had his eyesight, and his eyesight made it plain that he was a dying man, and that a disease was slowly attacking his body and the sight of his decaying flesh brought truth in to focus. The truth, of who he had become, forced an act of desperation. 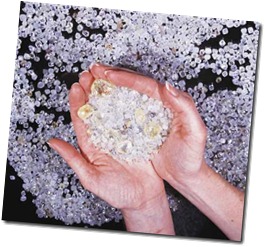 to bring our life in to focus, and to see ourselves as we truly are, and the desperateness of our situation. God’s way of bringing us truth is to first allow us to see ourselves as we truly are; blind, decaying, and lost. Without this truth any attempt at healing is futile. Even brilliant philosophers and theologians, unless brought to this point, will only continue a search for the one true gem of “truth” amongst ten million frauds.