(Most of what has been written here I transposed and expanded from a tract written by followers-of-the-way.org)

What is the worst civil crime a citizen can be guilty of? Many would agree it is treason.

What would it take for you to sell-out your country and countrymen: wealth, power, prestige, comfort? Maybe you would sell-out because of hatred or bitterness. Regardless of the “why” of selling-out, the brand you will now be given is perhaps the most despicable of any, TRAITOR. Ignorance and deception are not valid arguments against treason. A traitor has no excuse.

I love definitions. We live in a time when things have taken on meanings which are different than what they meant only a short while ago, so I have included a couple definitions here to clarify things a bit.

1. The offense of acting to overthrow one’s government or to harm or kill its sovereign.

2. A violation of allegiance to one’s sovereign or to one’s state.

3. The betrayal of a trust or confidence against one’s sovereign; breach of faith; treachery.

1. He who possesses supreme or ultimate power.

This article is directed toward thinking Christians, Christians who actually read and know their Bible, Christians who do not bow to men, or sign on blindly to statements of faith, denominational bylaws, or manmade Christian organizations, simply because it is the current fashion and the generally approved way of approaching and serving their God. A thinking Christian is one who – proves – those things he agrees with and accepts. A misreading of the constitution or a change of meaning by some creative thinker is no excuse for treason.

What would you think of a soldier or ambassador who is sent to represent and secure the interest of America and then becomes comfortable in his surroundings, or in fear for his life makes concessions for his own benefit? Too much comfort can lead to an extreme degree of interest in the affairs and security of this foreign land, rather than in the interest of ones homeland, the land of his citizenship and professed loyalty. Under these circumstances, the mission of which this individual was sent would be considered compromised and endangered.

What would you think if it became apparent and acknowledged that this individual was living a life in direct contradiction to the dictates of his Commander in Chief, yet persisted in his claims of loyalty? Would not his open-life of defiance, to the well-known rules of loyalty, regardless of deception and ignorance, earn him the brand of “traitor”? Should he be indicted, tried, and convicted as a traitor? 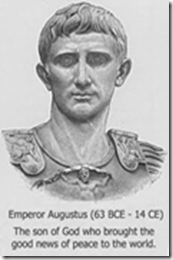 In the first century, the time of Christ, there was a common saying among the Romans who said, “Caesar is Lord.” It was a short concise sentence of which all citizens had to bow. The early Christians rejected the Lordship of Caesar and espoused their own motto, “Jesus is Lord.” Without a doubt, this is partly why the government killed so many Christians. Christianity swore allegiance to another Kingdom which was greater and more respected than the Roman Empire. They refused to swear allegiance to Caesar as Lord. The Apostle Paul says in 2 Corinthians 5: 19b, 20;

“. . . He has committed to us the message of reconciliation. We are therefore Christ’s ambassadors, as though God were making his appeal through us.”

Tolerance was easily obtained for differing religions as long as there was sworn allegiance to Caesar as Lord. When Christians said “Jesus is Lord” they were stating that they had allied themselves to a different King, and the rules governing that Kingdom. They considered themselves dead to the world, and any, and all, allegiances they once held in their old life. There was now only one allegiance and one loyalty; they could not, “serve two masters.” In the mind of Caesar these Christians were rivals, and could not be tolerated.

So, what does this mean for Christians? Well, as I said at the beginning of this article, I am addressing thinking Christians, and that means they will check out what I have said, not according to the status quo, but according to the Bible. Read Jesus’ own words and commands concerning His Kingdom and His disciples. He said Christians would love their enemies, turn the other cheek, overcome evil with good, not judge (indict) or condemn, that the greatest would be the least. Greed, pride or patriotism has no place in His Kingdom. There would be no drunkenness, liars, or idolaters in His Kingdom. When Jesus disarmed Peter He disarmed every Christian. Christians will not kill another human being, for any reason, that includes war, abortion, and capital punishment. These and many more things Jesus said concerning the constitution of His Kingdom and those who call themselves citizens of that Kingdom.

The question now must be asked: to whom do you swear allegiance? You cannot serve two masters. When Jesus commanded, “Love your enemy,” and “Do not resist an evil person,” Matthew 5:39-44, and America rejoices over the death of her enemies, or it calls on you to condemn and kill its enemies, who will you obey? When the Church says “Jesus is Lord” and the American flag is raised and the fireworks go off, where is your allegiance? Are you truly an ambassador for Jesus, or have you sold out for comfort and security, or fear of Caesar? Which is your way, the American way, or the way of the cross?

If you claim that Jesus is Lord, then I challenge you to consider your ways and your King. But do not be a traitor; give your full and undivided allegiance to your King. “Come out from among them and be separated, says the Lord. Do not touch what is unclean, and you will be My sons and daughters, says the Lord Almighty” 2 Corinthians 6:17-18.

If you are reading this and you are not a Christian, I apologize for what has been done in the name of Christ, by Christians forcing their ways and views on to others. Please know that Jesus did not advocate or instruct His people to ever use force or coercion in any way, at the end of a gun or at the ballot box. Jesus declared to Pilate that if His “kingdom was of this world, then would His servants fight.” Please consider the real teachings of Jesus and His Kingdom, do not judge Him by what you presume Him to be, or by how He has been mischaracterized by an unfaithful people; but rather, as He is, and as He declares Himself to be, the Prince of Peace, the King of Kings, the Lord of Lords, the Healer, the risen Son of God, and as the One who will return to judge the living and the dead.

Thanks for sharing this Steve. This obviously intersects nicely with your own (scriptural) views and sends a powerful thought provoking message to all who would listen.

Sadly, the only who seem to “listen” anymore are those younger ones who have yet to be indoctrinated into the religious status quo. With these their seems to be at least some hope for a continued faithful testimony of Christ.

As you know, it is imperative that the few who do remain now continue to speak and live these truths as we are able. May our prayers always be toward this end, that we might stand where most won’t, and more importantly, that our Lord might retain His rightful glory due Him- for that which He has set in motion through His physical life here on earth and crucifixion.

Thank you Michael. Yes it is sad but true. God is given much glory for the things He stands against: Just war, conservative politics, large religious organizations, and the new age of elightenment; and is given no glory for the things He promotes through His Son: peace, love, forgiveness, mercy, and kindness to everyone, including our avowed enemy.

As we stand in the gap we must be ever vigilant of those He has called out, and not become defensive. Love demands that our arms remain at our sides and not raised in resistant rebellion. We must be as stalwart as an oak with the message of the truth, yet meek, vulnerable, and gentle as a lamb when handling the human soul.

I know you are doing a good work Michael and I appreciate your note of support and affirmation, and I wholeheartedly support your labor of love which you tirelessly offer. May the Lord bless you.

Steve,
Unfortunately, at the “Ambassador’s Club” that I used to attend, I was assured that ever since the Commander in Chief had sent His Son to die for sinners, treason was no longer considered a crime. I am still cleaning out the leaven of bad doctrine. Thanks for faithfully pointing me back to the source of Truth!
David

Centuries of bad doctrine pile-up quickly and are difficult to let go. Once we see through the eyes of Christ, and not through the eyes of men, the chore is lightened. I am convinced that most of the treason committed by Christians is done in ignorance, but the Lord is very forgiving of our condition, but nonetheless we must become as little babes in our belief and trust or we will not see Heaven.