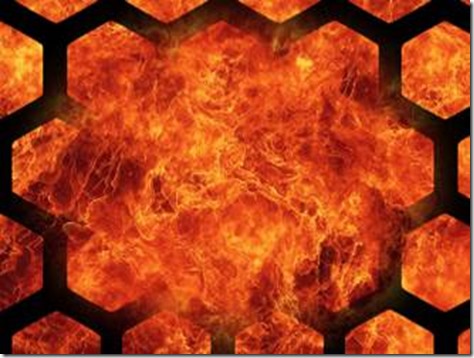 How important are the words of Jesus in the Sermon on the Mount? If we knowingly or unknowingly disobey the commands of Jesus, should we be concerned regarding our salvation? How important is it that we understand what Jesus meant when He said, “Resist not an evil person,” and the other commands regulating our behavior toward those who are regarded as enemies? Has Jesus left the door open for creative interpretation, or does He demand that we simply obey what He has said, without regard to recognized social ethics, cultural patterns, political principles, or personal prejudices? If we say we are a follower of Jesus, but in fact follow Calvin, Luther, Wesley, the Popes, traditions, culture, habits, mores, customs, routines, patterns, forms, creeds, bylaws, ethnicities, family values, superstitions, fantasies, imaginations, or dreams and visions, we are not following Jesus, and stand in jeopardy of a great loss; we are in actuality playing with fire.

“If anyone hears my words but does not keep them, I do not judge that person. For I did not come to judge the world, but to save the world. There is a judge for the one who rejects me and does not accept my words; the very words I have spoken will condemn them at the last day. For I did not speak on my own, but the Father who sent me commanded me to say all that I have spoken. I know that his command leads to eternal life. So whatever I say is just what the Father has told me to say.” John 12:47-50.

“But Jesus, knowing in himself that his disciples were grumbling about this, said to them, "Do you take offense at this? Then what if you were to see the Son of Man ascending to where he was before? It is the Spirit who gives life; the flesh is no help at all. The words that I have spoken to you are spirit and life. But there are some of you who do not believe." (For Jesus knew from the beginning who those were who did not believe, and who it was who would betray him.)” John 6:61-64

The words Jesus spoke in John 6:61-64 were spoken to those who were offended by what He had said in verses 53-59 concerning eating His flesh and drinking His blood. “When many of his disciples heard it, they said, ‘This is a hard saying; who can accept it?’” vs. 60. “After this many of his disciples turned back and no longer walked with him.” Vs. 66. Very many who have read The Sermon on the Mount have likewise come into contact with “hard sayings” and are offended and cannot hear the words nor accept them. How nice it would be for us to each imagine that we have correctly understood what Jesus has said, according to our own corrupted thoughts and prejudices, and to actually receive confirmation from all of our peers that we are accepted, and then to receive some special revelation from Heaven that we have, indeed, been accepted there also.

Jesus explained those hard things to His close disciples and then they understood; and all the parables He explained, but some things were so plain when He spoke them that they needed no further elucidation, only acceptance. But, today those same “plain” things offend us and we pretend to need explanations of paid pastors.

I meant to go further in this article, but have decided to stop here.

I am not asked to write on specific topics often, and when I do I get a real sense of my inadequacy, and chills run down my back. This is not my usual way of writing. I do a lot of reading and study, and write on the inspiration I receive from others or try to expand on a subject that I feel needs more elucidation. But, since I was asked, “What does the real Church look like,” from a reader of my previous articles, I feel obligated to give an answer.

I do feel that the subject matter of this current article needs to be driven home by as many articles as it takes and from as many angles as it takes, but I am content that it may be time to change directions, and what better direction than a discussion on the identification and nature of the true Church, the Body of Christ. To many this may appear to be a rather dull subject, but in reality it is anything but dull; and it may even encapsulate the answer to many problems that exist in our individual lives and in the life of the “organized church;” with the Lord’s help, we shall see.

3 replies on “Playing With Fire”

Steve,
Wow- I literally just read this after coming to the same conclusion in my time of reading Scripture this morning.  In John 8, the Pharisees "test" Jesus by bringing a woman caught in adultery; but if they had heeded Nicodemus' advice in John 7:51, they could have known Jesus' views on adultery (Matt. 5:27-32) without testing Him!  As a young believer, I was taught (at least by implication) that John 8 sort of overrides Matthew 5, but now I see that Jesus' words in Matt. 5:17-19 are true!  The Pharisees' problem was that they were trying so hard to keep the Old Covenant in the flesh instead of waiting for the promised New Covenant that would "write the Law upon our hearts"!  How easy it is to misread God's word and intentions!
I am interested to see where the Lord leads as you continue this series.

Very good article.  Would you like to elaborate further about what Jesus did mean regarding His Body and Blood?  As a former Catholic, I am having some difficulty with this passage because we always interpreted it as Jesus giving Himself Body and Blood in the Eucharist.  Thanks.

“When, with the light of the gospel in hand, the Christian goes into those horrible recesses of superstition, folly, and impiety, he can hardly believe what his eyes see and his ears hear. It seems impossible that men can consent to worship a god whom the rats can eat! A god who can be dragged away and lost in a muddy ditch by a drunken priest! A god who can be eaten, vomited, and eaten again by those who are courageous enough to eat again what they have vomited!!”

“The religion of Rome is not a religion: it is the mockery, the destruction, the ignominies caricature of religion. The Church of Rome, as a public fact, is nothing but the accomplishment of the awful prophecy: ‘Because they received not the love of the truth that they might be saved. And for this cause God shall send them strong delusion, that they should believe a lie.’” (2 Thess. ii. 10, 11.) Fifty Years in the Church of Rome BY CHARLES CHINIQUY, pg. 81

These are not the words of a disgruntled Protestant trying to pick a fight, they are the words of a once very devout Catholic whose eyes were opened, while trying to live out the Gospel of truth as he read it, and believed it, in the New Testament.

But, to deal directly with your question, “what did Jesus mean regarding His Body and Blood?” I think first we should pay close attention to the dying words of Jesus from the cross when He said “It is finished.” If I understand the Catholic Mass correctly, their taking of Holy Communion, and Transubstantiation, then Christ’s sacrifice continues to this day, being endlessly repeated, and it is not finished. “In the Mass Christ continues to offer Himself to the Father as He did on the cross.” The New Saint Joseph Baltimore Catechism, pg. 71.

The Bible was written so that it would not be difficult for anyone to find salvation if he or she so desired. Yet, Catholic doctrine is presented as something that only a Catholic priest can understand; it has been so convoluted and distorted that there is no hope for anyone, not having access to a priest, to find their way out of the deep dark woods of the damned.

The book of Hebrews has a very easy verse which explains the position in which every Christian stands, if they will accept it, “Who needeth not daily, as those (Old Testament) high prieth, to offer up sacrifice . . . for this He did once, when He offered up Himself (on the cross)” Hebrews 7:27.

The sacrifice has been made, once and for all, “It is Finished.” So, now when we ask “what did Jesus mean concerning His body and blood” we must first conclude that He did not mean what Catholics mean, i.e. transubstantiation, so it must have meant something else. Jesus tells us Himself what He meant, when He said, “This is my body, which is broken for you; do this in remembrance of me.” 1 Corinthians 11:24

Today we take Communion as a memorial to our Lord’s sacrifice, and remember His great love and what it represented; His death, gave us life. “Nor was it to offer himself repeatedly, as the high priest enters the holy places every year with blood not his own, for then he would have had to suffer repeatedly since the foundation of the world. But as it is, he has appeared once for all at the end of the ages to put away sin by the sacrifice of himself. And just as it is appointed for man to die once, and after that comes judgment, so Christ, having been offered once to bear the sins of many, will appear a second time, not to deal with sin but to save those who are eagerly waiting for him.”

Christ’s Sacrifice Once for All

“For since the law has but a shadow of the good things to come instead of the true form of these realities, it can never, by the same sacrifices that are continually offered every year, make perfect those who draw near. Otherwise, would they not have ceased to be offered, since the worshipers, having once been cleansed, would no longer have any consciousness of sins? But when Christ had offered for all time a single sacrifice for sins, he sat down at the right hand of God, waiting from that time until his enemies should be made a footstool for his feet. For by a single offering he has perfected for all time those who are being sanctified. And the Holy Spirit also bears witness to us; for after saying, ‘This is the covenant that I will make with them after those days, declares the Lord: I will put my laws on their hearts, and write them on their minds,’ then he adds, ‘I will remember their sins and their lawless deeds no more.’ Where there is forgiveness of these, there is no longer any offering for sin“. Hebrews 9:25-10:2; 10:12-18.

I cannot make it any clearer than the words above; Jesus has done it all, once and for all. There have been volumes written on this subject, but the Scriptures are clear and simple; and we are urged about 100 times to just believe what is written.

If further evidence is required I can recommend several books on the subject. The book mentioned above by Charles Chiniquy, Fifty Years in the “Church” of Rome, I highly advise you get and read.