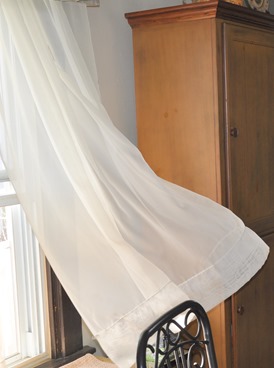 Bob Dylan asks a simple question in his song Blowin’ in the Wind, and it is this, “How many times must a man look up before he sees the sky.” Now Bob Dylan may not be a Christian, but maybe he is, I don’t know; but I do know he asks a lot of the same questions I do, and sees past the boundary of things, where answers, delusions, and confusion lay. The question above, which is one of several he asks in that song, is meant to be rhetorical in nature, the obvious answer is “one;” a man should need only look one time to see the sky. Anyone with eyes can point you to the sky, right? But, the question remains, did you really see the sky, or just look at it?

There is an old saying that goes like this, “All truth is God’s truth.” I think Bob would agree that none of us yet knows as we ought to know, and the Christian who knows his or her Bible will be able to discern truth from whatever angle it may approach. God’s truth is diffused throughout the world. I am not encouraging others to go seek out Bob Dylan as a prophet; he is not a prophet, and his lifestyle is not one to be emulated; but me, being of the ‘60’s crowd, a lot of what Bob said as I was growing up still resonates with me. When I weigh some of his words against Scripture I believe he is very close to the Kingdom; I pray he will go all the way. In the deep recess of Bob’s heart he is afflicted with the same consciousness of guilt that lead me to Christ; isn’t that the reason God put it there in the first place? Bob’s song lyrics are plagued with that consciousness.

Okay, back to our original question, have you ever seen the sky? Don’t answer that too fast!

Life is not that complex, really, it’s that we just don’t see what it is that we have become a part of. Our eyes have been blinded to the truth, just as the Bible says. But, some, whose consciences are plagued, see but can’t explain, and it comes out of them in song lyrics or in strange forms of worship. Of course, the answer is to go to Him who sent the plague, and beg for mercy and healing; apart from that we just crawl along the ground and try to find answers in the dirt.

Bob says that the answer is, “Blowin’ in the wind,” and he is right. Grasping that answer is like grabbing hold of that “elusive butterfly of love.” The wind blows where it will, we don’t know where it comes from or where it is going, but we know it is there, we can feel it. The Spirit is like the wind and it moves through the earth seeking anyone whose will is for truth. When the Spirit finds that willingness to know truth it settles there and nourishes and fertilizes, and reveals the hiddenness of true wisdom, like a treasure, or a pearl of great price. The secret is to not become satisfied with the shadows of truth, but to press forward into the substance, into the light of full revelation. The Spirit opens our eyes so that we can see the sky, really see. The sky is revealed to us and it is no longer just the sky; it becomes one of the many jewels that are now laid open for us to finally see. What once plagued us is now revealed as so many precious gems, that we once only looked at and were troubled, but now we see; what was once hidden is now laid out in the open. What was once only a question is now an answer. What was once complex is now simple and obvious. Life outside Eden taxes our ability to sort through elementary things, because we only look at the sky, and never really see it.

7 replies on “Blowin’ In The Wind”

Good to see Steve Foltz suddenly appear from the blogosphere! I always appreciate the interactions between you two.

Steve Foltz will drop off the radar for a while then reappear; it is always good to hear from him. It is also good to have brothers and sister in many different parts of the world. Some day we will all meet and have a great eternity.

May you and yours be very blessed during this season of materialism and false hope and false peace, with the Peace and true Hope that only Christ can give.

Steve,
I believe Bob Dylan was indeed searching and may have found some substance of truth when he was in that frame of mind. Only God knows if he truly was saved then, or now. But, your analogy to the Spirit is very good.

I say with a lady this weekend who told me, in response to my question, “How’s your relationship with Jesus?”, “Oh I’ve had Jesus with me ever since my mother died. I felt her spirit leave her body and Jesus has been in my life ever since.” I had to explain to her, as gently as I knew how, that being “born again” is not a sensual or emotional experience or one we can associate with anything other than becoming convicted of our sinfulness. Then, having a true desire to leave our sinful lives behind, believing the good news that Jesus is the Son of God, was crucified for us, was raised to immortality for us, and is our only way to God, and become united with Him in a death “like” his and be raised (resurrected as in John 5:24-25) to a new life (which is precisely what baptism by immersion incorporates both symbolically and spiritually).

When I asked her if she knew why Jesus was born, she did not know. When I asked her why Jesus died on a cross, she again did not know. And yet, she was convinced somehow that a “spiritual” experience was how she became a friend of Jesus! I have run into quite a few people who claim they were either “always a Christian” or were “born a Christian” because they always went to church or have always been “spiritual” or their mother was very spiritual or a regular church-going woman, and so on. This is precisely what happens when people do not truly SEEK the Kingdom of God.

One cannot find what God has hidden from the world and Satan (the god of this world) has distracted them from seeing, unless they diligently search for it with an honest heart, which is exactly your point.

Yes, I also believe Bob was in search of something. Most people at some point in their lives can relate to that, and can label it as a spiritual thing, unfortunately it very often ends in the flesh. When these people say they’re looking for something, if that thing doesn’t enhance the flesh some way, then they will look elsewhere till the flesh is relieved, or hold on to some fantasy of fulfillment which is pure imagination. I have a cousin who took offence to one of my articles where Catholics were mentioned in a negative way, she quickly admitted to being a “Cradle Catholic” and never considered the asininity of such a statement. There has never been an act of the will in these people’s lives to know the truth, not to mention digging for it like buried treasure.The real irony is that it is neither hidden nor hard to understand.

Thanks for your response, blessings on you and your family,

John 9:39 “For judgment I came into this world, that those who do not see may see, and that those who see may become blind.” And the Pharisees… said to Him, “We are not blind too, are we?”

Steve, I assume that you are aware of the songs Bob Dylan wrote during his more overtly Christian phase (starting on the album Slow Train Coming)? I’m not sure why he moved on from that to other things.

Yes, I am aware of this phase in his life. I believe he moved on because he was like most Christians, who also move on, although they still retain all the symbols. Stardom and money changed Bob. He still professes to be spiritual, but on what level? There is no signs in his life style, that I’m aware of, that he embraces Christ’s teachings. I look for signs in the commercial Church, and I don’t see many there either. The Christian music industry is really no different than Bob’s music, only they are more covert.