What Does it Mean to be a Totally Devoted Follower of Jesus? 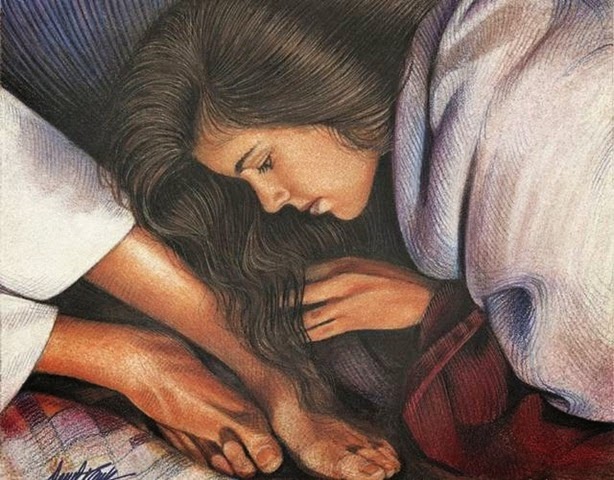 Where in all of Christendom must a person go to find such a person today? This is a chilling inquiry considering the words of our Lord, that finding faith on the earth at His return, is questionable. If we are living in the last days, as few would argue, would it be a fair question to ask if we are practicing the “faith” that is required of our Savior? If our time here on earth is short should we be alarmed at such a proposition? Would the concerned person be out of line to contemplate and share such a request?

As I examine Scripture and look at all the examples of those who were followers of Jesus, and there were many, Mary, the sister of Lazarus and Martha, stands out as a foundational model of what being a follower of Jesus demands.

These words have rung-out down through the corridors of time in the minds and hearts of past saints and in great sermons and books by such men as Spurgeon, Finney, Wesley, Kierkegaard, and a host of others, who could not rest till this important issue was answered. To settle the matter of the “one thing needful” is to answer the question of who is a totally devoted follower of Jesus.

As I studied this verse I discovered, among other things, this striking contrast with another verse in Scripture.

What we can imagine in the life of Mary is a young woman, simple in her life style, poor, naïve, trusting, and childlike, fully taken in by what she had seen and heard from Jesus. When Jesus came to visit she was totally consumed by His presence and placed His attention above all other concerns. At this exhibition of devotion Martha was offended by Mary’s inability to focus on other immediate concerns. At this display of Martha, Jesus admonishes her that it is “Mary” who has “chosen the better part,” and the “one thing needful”.  In another part of Scripture, we are told she took some very expensive perfume and anointed the feet of Jesus and wiped His feet with her hair. She may have anticipated a day when she would marry and saved this perfume for that special occasion. What we know for sure is that the perfume was expensive and that she spent it all on, what appeared to those watching, waste and silliness. What we can also imagine is that her gift to Jesus was like the two mites of another poor woman mentioned in the Bible. In other words, she gave the best and maybe all she had. That was Mary’s great act of devotion, and the scent of that perfume still hangs in the air today for those whose hearts are intertwined with that lovely act.

In contrast, the rich young ruler, enumerating all of his acts of devotion to the Lord, was told, “Yet lackest thou one thing.” The rich young ruler was not a totally devoted follower of Jesus. He had only given enough that his comfort zone was not disturbed or his lifestyle infringed upon.

If we study all the passages that speak to the act of following Christ and the virtues necessary to accomplish that act: mercy, forgiveness, temperance, modesty, love, compassion, charity, meekness, self-denial, etc. and take inventory of those virtues in our own lives where do we stand, where do I stand. If Mary was sent back today for some period of time to be tested, and we went to her for instructions in righteousness, how would we expect to find her; and where would we expect to find her? What would be the circumstances of her life? How would we place her in society? Would she be rich or poor? Would she be distributing her resources to the needy or saving back a nest egg for retirement? Would she invest in stocks or buy up commodities? Would she live in fear of assault and buy a gun for self-defense? Would she run for political office or vote on Election Day, for the lesser of two evils of course? Would she serve on jury duty and judge her neighbor? Would she support the death of terrorist or pledge allegiance to nationalism? Would she keep one foot in the Church and one foot in the world just in case plan “A” fell apart? Would we expect to find her dressed in fashion, exposing just enough flesh to get attention but not enough to get arrested? And jewelry, piercings, and tattoos, would we expect these things?

Men need not think that it is Mary only that puts the Church to shame; the male ego is riddled with the poison darts of pride and vanity.

My question is about devotion. How much devotion does it take to satisfy God? Can we be partly devoted and partly not devoted? I think, in my general perusal of Christendom today the rich young ruler was in pretty good shape, he only lacked – one – thing.

Jesus will return and then we will all know just what His standard is. As for myself, I am concerned.  Reformed Theology, of which I was for most of my Christian life, has taken all the earnestness out of salvation. To “work out your own salvation with fear and trembling” is passé; after all you are either elected to salvation or you are not, so don’t worry, they say. I don’t mean to make anyone angry, so if you are in the Reformed camp just ignore what I have said, but for the rest of us we may want to take heed to this message and inquire diligently into this matter.

The whole New Testament, page after page, deals with nothing else than devotion to God, in one form or another. The words of our brother Paul settle the matter plainly,

“I beseech you therefore, brethren, by the mercies of God, that ye present your bodies a living sacrifice, holy, acceptable unto God, which is your reasonable service.” Romans 12:1.

In consideration of all that has been done for us it is only “reasonable” that we devote every part of our life to Him.

Mary was devoted to Jesus, body, soul, and spirit, and her act of being a “living sacrifice” was to offer to Jesus the very best she had, regardless that it was everything she had. She was a beautiful example of devotion. For nearly three hundred years after Christ, the Church understood exactly what was required to be a devoted follower of Jesus, and their history details their simple life and sufferings. After that time, the true Church is for the most part hidden.  What Augustine and Constantine gave us is the Church morphed into something altogether different from their primitive ancestors, and it has come down to us as a deformed abstraction of what man wants the Church to look like. The true Church is still alive, but it is small and hidden for the most part, and if we will be a part of this real Church then we must, at all cost, understand the ancient definition of devotion.

One reply on “What Does it Mean to be a Totally Devoted Follower of Jesus?”

What else can be said? I, too, am concerned…
David