What color is your truth? 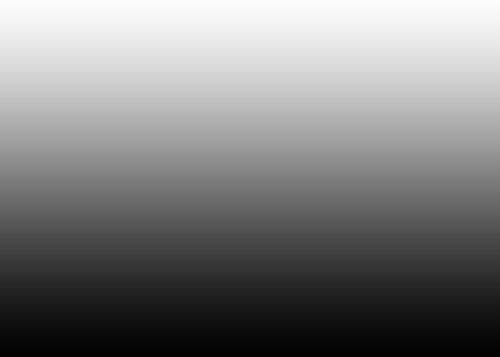 Think for a moment of how many “truths,” there are said to exist…………O.K. times up. No one can possibly know how many! Did you come up with a number; did you even try? It could easily be said that there are as many truths as there are people. Do you think there is one truth about everything or many truths? Well, you know this is a trick question, don’t you. Of course there is only one truth about everything. I believe this because I am a Christian, and I know why I believe there is only one truth.

To begin with, simple logic tells us that if there is more than one truth, we would have to come up with a new word, like, “untruth,” no that word has been taken; how about “lie,” no that has been taken also; well, let’s just call it ridiculous, because the word itself dictates that truth be singular. It is impossible to have two truths. You can have one truth and one opinion; or you can have one truth and one lie; or you can have two lies, but it is impossible to have two opposing truths, one of them is a lie. Now, wasn’t that simple. There are no partial truths; partial truths are not true. Partial truths can be shaded, corrupted, clouded, compromised, debased, debauched, depraved, spoilt, ambiguous, equivocal, profaned, perverted, subverted, tainted, biased, colored, and evasive, but they can not be the truth. All of these things can be a shade of gray, but they can not be black or white.

Even the phrase “the truth” demands that it be unique and singular. We don’t say, “what is a truth of the matter,” we say “what is the truth of the matter.” The word the is definite, that is why it is called a “definite article.” When we say we are seeking “the truth” and end up with several options on the table, and everyone leaves satisfied to, “agree to disagree,” you have not discovered the truth, you have discovered compromise, or one of the other words above, but truth has not prevailed.

There is some disagreement though. His Holiness, ugh, ugh, the Fourteenth Dalai Lama of Hamburg, Germany has this to say:

Some religions believe in one truth and some believe there are several truths. How do we resolve that difference?

For example, some people truly believe that their own religion is the ultimate, exclusively true one and that other religions are false. But religion is a personal, individual matter. So for any individual, what he or she believes and follows is in fact the only religion for him or her. But as for my friends who believe that there is only one true religion for everyone, the reality is that there are several religions in the world and several truths. We need to accept reality. Therefore, in terms of several people and communities, several religions are perfectly all right.

For those who feel there is only one truth, one religion, go ahead and keep that religion. But please respect other religions, since they bring deep benefit to my brothers and sisters. Because of that, I admire, appreciate, and respect all religions – Christian, Muslim, Jewish, Hindu.

How relative is that statement; one truth is as good as another? Dalai’s answer to solving the problem is to refer to reality. He says that we can obviously see with our eyes that there are other religions so there must be other truths; what insight! But, our quest is not complete until we at least refer to the world’s “answerer of all questions,” no, not the Bible, Wikipedia:

Truth has a variety of meanings, such as the state of being in accord with a particular fact or reality, or being in accord with the body of real things, real events or actualities.[1] It can also mean having fidelity to an original or to a standard or ideal. In a common archaic usage it also meant constancy or sincerity in action or character.[1] The direct opposite of truth is "falsehood", which can correspondingly take logical, factual or ethical meanings.

However, language and words are essentially "tools" by which humans convey information to one another. As such, "truth" must have a beneficial use in order to be retained within language. Defining this potency and applicability can be looked upon as "criteria", and the method used to recognize a "truth" is termed a criteria of truth. Since there is no single accepted criteria, they can all be considered "theories".

Various theories and views of truth continue to be debated among scholars and philosophers. There are differing claims on such questions as what constitutes truth; what things are truthbearers capable of being true or false; how to define and identify truth; the roles that revealed and acquired knowledge play; and whether truth is subjective, relative, objective, or absolute. This article introduces the various perspectives and claims, both today and throughout history.

These two examples from the world are the words of really smart men, who have an interest in keeping “truth” relative. If truth has a variety of meanings, then we can use our ingenuity and manipulate people and things; truth becomes a mere convenience.  If truth has a variety of meanings then why call them all the truth; can’t smart men come up with new words? According to Wiki truth means, “constancy or sincerity in action or character”? Does this mean that if a liar constantly lies and is sincere, he is speaking the truth? Um, if the direct opposite of truth is falsehood, and truth is relative (which makes it false), and can be defined in a variety of ways, doesn’t this make falsehood the opposite of falsehood? Then, is there really such a thing as falsehood, wouldn’t they cancel out each other, or does falsehood just become a variant of the truth? And, since there is no criteria for truth we can just redefine truth as a bunch of theories. Well, I’m not sure, but I think we just destroyed, not only truth, but also falsehood, or at least made them interchangeable; that should work out nicely for a lot of people in this age of full blown sin.

But, you see, people don’t really want to get rid of the word “truth,” because it is useful, it tidies up their lies lives, by giving them a sort of structure and stability, something to hold onto, that keeps them upright during the storms of life. We have all been caught, one time or other, referring to our own homegrown truth when necessary; fashioning it into a feature that gives us credibility; kind of like Play-Doh, we just extrude it through the Mega Fun Factory of our minds, and it comes out as, Pretended Truth or theory, or falsehood, or whatever.

Even institutional type “Christians” love Play-Doh, and I would venture to say that these Christians are the most proficient with the Mega Fun Factory. Truth, for these Christians is just as relative as it is with the un-Christian, but these Christians have this added feature, it provides an escape hatch, and a “get out of jail free” card. The un-Christians end up being more faithful to their credo than the institutional-Christians are to their belief system; at least the un-Churched cannot be hypocrites. Christians have the truth right in their hands, but only use it for show, to apply some “righteousness” when needed, or to sooth an aching conscience, or to fill out a new program, not to actually follow it, and allow it to direct their lives. The Bible says they are those “who hold the truth in unrighteousness.”

As we have seen above, truth is hard to discover for the un-Churched and institutional-Christians, if it even exist at all for them. But, is truth even important then, given its obvious elusiveness? Yes, yes, a hundred times yes! It is the very thing that our lives depend on for a sense of normality, and the thing we cherish in all our relationships, but it is the very thing that is denied, ignored, mocked, re-difined, and destroyed by everyone. Is truth important? You bet it is, but where do we find it, and how will we recognize it as the “truth?”

If brilliant philoshers, for thousands of years, have not discovered truth, what makes me think I can know the truth? Whenever we examine an argument or statement,  whenever we retrieve a memory, whenever we engage our brain at all, we are on a mission to discover truth. The very life of understanding and wisdom hinges on a continuous search for truth: is that thing I see in the distance a tree or a person? Where did I leave my car keys? On what bases do I chose a mate? Am I going crazy? Was really a Christian? Where is my child tonight? Our heart and mind is actually an organ designed to identify and pursue truth. The meaning of our life, has at its core the desire to know the truth.

Three questions that have plagued men since the gate was shut to the Garden of Eden are these: Where did I come from? Why am I here? What happens after I die?

All of our present and future hope is based on knowing something for certain. Are you comfortable pursuing a future built on the shifting sand of variety and theories, chaos and confusion, rumors and innuendoes, or a million shades of gray? Me either. I have to know the truth, regardless of the cost, even if it spells disaster for my life on planet Earth. The goodnews is that truth exist, and can be known. Come back later and let's explore our options.

Proverbs Buy truth, and do not sell it; and as a bonus get wisdom, instruction, and understanding.