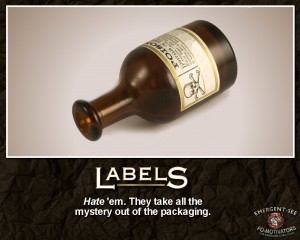 Tony Jones, in his March 6th addition to his blog, Society for Pentecostal Studies Paper: Definitions, says he is not a liberal, which is interesting, considering the fact that he is not only liberal, but he is very liberal. Tony is so liberal that he thinks he may be conservative, or that he is neither liberal or conservative (kinda like the guy who is so far behind that he thinks he is in first place). Like most liberals it is important that they try and convince others, or appear to others, as non-liberal, or conservative, then escape into the fog of liberal-speak where their tracks are hard to follow.

Tony says at the beginning of that article, “Getting one’s arms around the emergent church is no mean feat. . . .” I think this could be interpreted as

“there’s no way to understand what we’re doing, so don’t try.”

A liberal is more magician than theologian, and their slight of hand can make truth disappear in a flash and reappear as something else all together different. Only another of their dark trade, or the Berean sort, really knows that a heist has taken place; others stand in awe that what they have always wanted their Christianity to be anyway, has magically appeared out of thin air.

There was a “disenfranchisement of GenX evangelicals in the 1990s”

as Tony rightly states, but actually the disenfranchisement started earlier than that, it was really a phenomena of the Boomers. In the sixties there was great disrespect and questioning of anything that presented itself with an air of truth, or established order, and thus occurred the legendary  “generation gap”. The Gen X’ers like their mothers and fathers before them, were able to detect the lies and falsehood of their predecessors, but were unable to discover the truth that had been trampled under foot, and consequently they reached out to the magicians to work their magic, and make all the bad stuff go away. It didn’t work then and it is not working now.  The false teaching of sex, drugs, and revolution that the Boomers turned to for answers is no different than the false teachers (liberals) that the disenfranchised Gen X’ers are turning to today. Granted, the established Christian order that exist today and in the ‘90’s is full of hypocrisies and pretense, but at least there is a foundation of truth that underlies the rubble and junk hiding the heart of what Jesus means in His Word.

Tony Jones, Brian McLaren, and all their liberal buddies, are akin to those who raise the price of medicine when a shortage hits, or try to pass off  placebos for the real thing as a psychological pacifier. There is a crisis in the “Truth” department today, but the price that most are willing to pay for the fake is far higher than they will be able to endure. A “half truth” whether it comes from the left or the right is still a lie. There is a desperate shortage of truth today, and it is likened to a famine in the book of Amos 8:11

“Behold, the days come, saith the Lord GOD, that I will send a famine in the land, not a famine of bread, nor a thirst for water, but of hearing the words of the LORD.”

We are in the midst of that famine and real food is in short supply. Where there is a shortage, of any kind, there will be those who will take advantage of, and rob, the weak and the ignorant.

Like the sixties, the young were the weak and the ignorant. They wanted change so badly that drugs and sex were the natural answer, and even if it didn’t work, at least it felt good. Tony Jones, Brian McLaren, and a whole score of new liberals have devised an answer from the old corn husk of liberal theology, that look appealing during a famine, but could not nourish a pig when the truth thrived in its heyday. But, today the old hucksters are back at it, and they have a hungry following. The appeal to the young, to have truth their way, is too much for the starving to resist, and we will yet see the results of such a choice made in desperation.