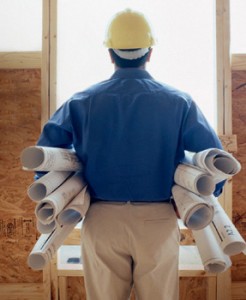 There is all kinds of talk about “justice” these days: social justice, economic justice, and climate justice. These are all code words of this world to mean, as they have always meant to social engeneers who fashion themselves as the saviors of Planet Earth, oneness, ecumenicism, unity, harmony, one world government, Socialism, and Communism.

The Church is now on-board with the world in all these endeavors.  Granted, it has always been on-board in a limited capacity.  Communist, Socialist, and Marxist everywhere have always preached this message, but everyone knew they were Atheist, so they could only make limited inroads into the Church body through Liberal Theology.  Today the doors to the Sanctuary are wide open and everything unclean is welcome, thanks to men like Saul Alinsky, who understood that the Church had to be infiltrated by men who only appear to support Biblical doctrine while all the time having solid agendas supporting the Socialist, Communist, Marxist, and Liberal Theology goals of self-interest, in the name of “justice.”

How have Christians been deceived? Because they were lazy, and looked to other men to protect their “self-interest.” They refused to repent of their selfish pride, and worshiped and served the creation, rather than the Creator, and they still will not repent, even now that the deception is obvious and in the open. God said that He would, “send strong delusion that they would believe the LIE.”

Yes, there is injustice, in every aspect of life on this planet. But, the answer is not an engineering issue. The answer is not to gather smart men to design programs, or write manifestos, or build organizations, or form initiatives, or pass laws, or plant more churches, or to bring all of mankind under a one-world government.  The answer is simple, it is to repent and turn to God. It was the first answer, and it is the last.

Where has all the man-made answers led us? It has led us to the appointment of a President who will use his own power and pride, to once more try and engineer a solution, and go beyond every other President, using methods made in Hell, to save a kingdom whose Prince is Lucifer.

The clock is quickly running down and the question is still, will you repent? or will you blindly follow the World in its quest for Climate Justice?

I know it sounds crazy and you may not believe it, but everyone should see the following video of Lord Christopher Monckton, a notable climate expert, and his warning to the world about this proposed treaty.

The White House announced Saturday that President Barack Obama is shifting the timing of his visit to the climate conference in Copenhagen as prospects for a political agreement at the event seem more likely.

We can not create a better world, only God can do that, our job is to REPENT.