Skip to the content
The Church: What it Is, and What it Ain't
Print PDF eBook 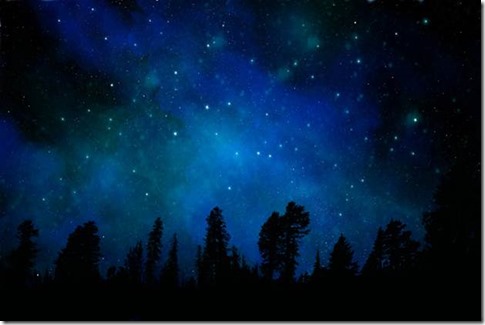 “And the disciples came and said to Him, ‘Why do You speak to them in parables?’ Jesus answered them, ‘To you it has been granted to know the mysteries of the kingdom of heaven, but to them it has not been granted. ‘For whoever has, to him more shall be given, and he will have an abundance; but whoever does not have, even what he has shall be taken away from him. ‘Therefore I speak to them in parables; because while seeing they do not see, and while hearing they do not hear, nor do they understand.’” Matthew 13:10-13

It is very easy to say what the Church is not; all you have to do is describe the buildings, people, and organizations that exist all around the world “In the Name of Jesus.” But, to say what the Church is; well, that is another story. The entire Bible, correctly understood, is an explanation of the Church. For me to give an explanation better than what has been communicated by the Prophets, Apostles, and the Lord, may be the ultimate lesson in futility. Unless a blind man is given sight, he will remain unseeing; and unless his ears are opened, he will remain deaf. For the Spiritually renewed person it is hard not to see the Kingdom of God in their midst, for God has written His Gospel in every molecule of His creation; “And the heavens declare His glory;” but to the blind everything is reduced to mental and emotional information that appeals to the fleshly senses. So, in essence, to define the Church is to preach the Gospel, because a person must receive sight first of all.

Jesus preached the Good News of the Kingdom and instructed His disciples to do the same. He told His disciples that, “To you is granted to understand the mysteries of the Kingdom of God.” In other words Jesus reveled, i.e. by the miracle of sight, an understanding of the parables. The understanding He revealed is of a limited type that required action on the part of the receiver, better known as simple obedience. Obedience is the line drawn in the sand separating the two models of the Church. The disciples did not fully comprehend Kingdom life until the day of Pentecost when they were baptized in the Spirit. At that time the pieces of the puzzle came together quickly. Our own understanding develops as we grow through study and obedience to Kingdom rules, and can come quickly if we fully give ourselves to follow Jesus. The Church of Jesus is not a “Union Shop,” where revelation is given before the obedience occurs. Biblically it is obedience first, and then the understanding comes.

“Anyone who chooses to do the will of God will find out whether my teaching comes from God or whether I speak on my own.” John 7:17

“But whoever lives by the truth comes into the light, so that it may be seen plainly that what they have done has been done in the sight of God.” John 3:21

This is the paradox of the universal offer of the gospel so popular in easy believism; a person must choose to do the will of God, and he must live by the truth. All of this is opposed to the common conviction that one must merely live a good moral life or that God, against the will of the sinner, makes the decision for him. A person can live a good life and still not be in the will of God, or be living according to truth. The true Church is made up of those who know the will of God, and do it, and those who know the truth, and walk in that light. The proclamation of the whole Gospel is the declaration of that will of God and the command to walk in that truth, even as Jesus walked. To identify the Church one must first be obedient, or he/she will never see with mortal eyes what is visible only through the miracle of revelation; and that vision will only come in direct proportion to our spirit of obedience.

“I keep asking that the God of our Lord Jesus Christ, the glorious Father, may give you the spirit of wisdom and revelation, so that you may know him better.” Ephesians 1:17

Every person is a sinner. We are not sinners because we sin; we sin because we are sinners. While we are yet innocent little children, we belong to the Lord. However, as we grow and are nourished from the tree of the knowledge of good and evil and develop traits, talents, and temperaments, we each develop our inherited traits received from our father Adam; we become more and more, carnally minded, selfish, greedy, following our lusts, and a prisoner of evil in bondage to the Devil, with a death sentence on our head. This cloud of sin darkens our world, and it is here we spend our days, in a thick fog. This is the world in which we live, maybe living what we consider to be a good life – doing productive things, or living an outwardly evil life – doing destructive things; either way we are selfish and ignorant of God’s Kingdom that surrounds us. One thing is absolutely clear, both from the Bible and our own miserable history; we are a blind, stumbling, deceived race of people, all pursuing his own method of self-satisfaction and self-advancement.

To part the fog is to get a glimpse of truth and the Church; and we all get that glimpse by way of our conscience, intuition, or gut feeling. It is like a vestigial organ, something left over from days gone by, like a scent or yearning of something we can’t explain. We sense it; we just can’t put words to it. Would evolution have created such a desire with no way to satisfy it? Why are we concerned with the after-life? Why does evil in others bother us so; or the front page reporting wars and murder make us wonder about our future? Why should evolution or the law of the jungle seem so ill suited to the human predicament? Why does time seem to be slipping away? Why should we even care about such things if the evolutionists are correct?

I have lived in the world for sixty five years, twenty five of which I did not know, and did not care to know, Christ. At the age of twenty five I made a promise, which obliged me to examine the claims of Jesus, with the ultimate decision to believe the Gospel. After that initial step I spent the next thirty two years studying the Scriptures, mostly from a Reformed position. Eight years ago I came to believe and learn the teachings of Christ – apart from any theological training – and my life suddenly changed; I ceased believing what I formerly believed and began believing the teachings of Jesus. I was like a man who had awakened from a long sleep in which he had imagined life in a certain way; then upon coming wide awake realized that it was all a misconception, a delusion, a dream. The whole direction of my life had changed. This change was born from having understood the teaching of Christ differently from what I had formerly understood Him.

This new understanding was not the result of any frustration or trying to reinterpret what I had previously accepted the Gospel to say; but rather it was a simple unveiling of the truth. What was obscure became clear, simple, and intelligible. The result was disturbing to my life, which had become depressed; but at the same time it was liberating with renewed expectations of hope and peace.

God’s word declares that He has revealed to the foolish what He has withheld from the wise; and that all men are equals before Him; and that the truth is accessible to any who seek Him. Yet, as the Christian religion stands today we are led to understand that not all are initiated into the deepest mysteries of the faith. The ignorance of the masses is unwittingly promoted and encouraged by the very ones trained to enlighten. Even though this is the norm, it does not negate the command that all should understand what Christ said to the multitudes of simple and unlearned people, unaided by the clergy.

It is just this understanding that separates the true Church from the institutional church; the apprehension of what Christ said, without any embellishment.

With this introduction of what the Church is, you can see that merely making a statement, outlining ordinances, describing a building, opening the Yellow Pages, or saying it is “over here” or “over there” will not do. Many who have been born in to the Church have spent their life in ecclesiasticism and not the ecclesia of Christ, believing that this is what their hearts and spirits yearn for, when in fact it is a human adulteration of a Heavenly pattern.

More to come on this exciting topic. Part four will be here shortly; stay tuned.

It is too tempting for clergy to appeal to the multitudes, in order to gain their support; thus the multitudes in churches trust what the clergy say, and help build up the church budget (that pays the clergy and constructs their "houses of business"). Jesus saw the multitudes but focused on his disciples, and a new kingdom where he was king and his kingdom of disciples trusted what he said, spread the word (making new disciples), and gave their money to help the least among them and around them.

You are correct. I am convinced they do it unintentionally, but they still do it. Ninety-nine percent are following the party-line established very many years ago, even before the Reformation, and for them that is the Gospel.

When Jesus got down to brass-tacks many jumped ship for the sake of convenience and comfort. Sharing of their resources really doesn’t appeal to most professed followers of Jesus. Today these perceived followers hide in the crowd, undetected; not so in the primitive Church where it was apparent that selfishness could be seen and dealt with.

Thanks for your insight,

Steve,
Your description of awakening to the teachings of Jesus reminds me of John 8:31-32, where Jesus defines discipleship as abiding in His words (Truth), which sets us free.  Grace to you!
David

Yes indeed, that is the key that unlocks the mystery. I know our dear Reformed friends would argue about this “if-then” contingency of verse 31, but it is there, as it is in other places. The key must be inserted all the way in to the lock.