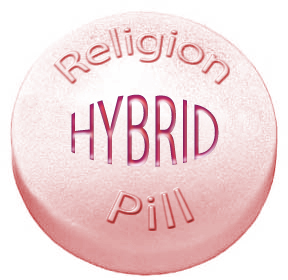 To redefine something we must first know the correct definition. That would be a reasonable assumption, wouldn’t you think? Yet, the organized church, which has been redefined many, many, times, and has given birth to many more sects, of which have, likewise, been redefined, is in a death struggle to maintain its present definition as the last word in what the “Church” is. The organized Christian religion has successfully ignored the Biblical definition of the Church , and has put in its place something that nowhere resembles what Jesus described.

I look at all these religious organizations as replicating the religious organizations that were present at the time of Jesus’ earthly travail. Besides the Pharisees, Sadducees, and the Essenes,  there was also a very small group who anticipated the soon appearing of the Messiah, and separated, and purified themselves, from both the world and the religious world. Should we be surprised that we see this scenario being played out again in these waning hours before Jesus comes the second time?

The common denominator of all these groups is that they are the byproducts of this world. These institutions have the fingerprints of men all over them; they were not built for God; they were built for men, by men. Every item of their structure is manufactured to accommodate men. Their organization copies the business model of the world in every aspect, from the CEO Pastor/Priest, to the board of directors (Deacons/Elders), to the customer base (laity), outreach/program director (marketing), 501c3 tax exemption, and accounting office. These “churches” look more like General Motors than the Body of Christ.

“My way is not your way,” saith the Lord. Maybe the Lord’s way really is man’s way after all, or is it conceivable that man has gotten it all wrong, and is simply ignoring all the plain Scripture that points to a rebellious church in the last days. Even though the Bible explicitly commands us to be separated from the world and to keep the world out of our homes and meetings, and have nothing to do with the world, outside of delivering a stern, but caring, message, to flee from the wrath to come, these organizations not only promote, but applaud worldliness. They not only do not separate themselves from the world, but regularly, and enthusiastically, invite the world into there meetings and homes, and ask them for advise, and enroll them as teachers and leaders, and know absolutely nothing about them outside one or two hours a week of public display. This is rebellion against God’s known commands. It is a known fact that large numbers of unsaved heathen pack these buildings contaminating those who were once clean, and influencing the tender minds of the young.

Traditional Protestantism struggles to reinforce a system, that should not exist in the first place, while the Catholics are already announcing the collapse and defeat of the Protestants. In the mean time the Hybrids raid the camp and carry off the booty of unprotected souls. Isn’t it just too obvious that this is the posturing of prideful men protecting their turf. This is not a battle for God anymore than the inquisitions were fighting for righteousness. This a war to maintain  some traditional system of organized religion.

The anger of some, caused by the other camps attempt to redefine what the “Church” is, is only a redefining of something that had already been redefined for the umpteenth time, until the real Church is nowhere to be found.

But, just as it was in the days of Jesus, organized religion has all the clout on their side; big names, beautiful buildings, and of course, money, lots of money. As the focus is on this battle between the sects, a weak, vulnerable, organism is pushing its way through the fertile soil of spiritual revelation, and growing in the light of truth. Part of the truth, if you are willing to acknowledge it, is that all of what you see being promoted as Christianity, in all of the varied camps, is simply not found in the Bible.

Meanwhile, the redefined Church is in a desperate fight to prevent being redefined once again. True believers are finding their way out, barely even noticed, while the big guns blast away at each other. The true Church has always been a little flock, maintaining purity and separation, finding strength in the fact that God is a serious God and does not make demands of men that He doesn’t mean to follow through on, to the very end.

“Today, if you hear his voice, do not harden your hearts as you did in the rebellion." Heb 3:15

One reply on “Redefining the Redefined Church”

Hi Steve,
Brilliant summation of churchianity and with some classic statements.
"The churches lookiing more like General Motors than the body of Christ."
"An organism pushing its way up throught the fertile soil of spiritual revelation"
"Institutons with the fingerprints of men all over them"
Well said my brother