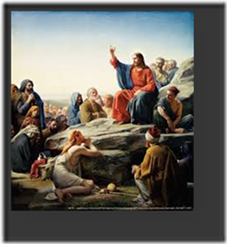 In this pursuit of truth, no period of Christian history is as important as that of the first three centuries. All errors that we encounter can be eliminated as we find our way back to that period of time when Christianity was in its infancy and the teachings of Christ and the Apostles were still fresh in the hearts and minds of those who experienced it firsthand; the success of this period has never since been equaled. That power that sprang from the founder’s personal life pulsated with more energy at that time than it has ever since when emerging decay was held in check by frequent purifications in the fires of persecution and the Church’s vision had not been biased and its conscience dulled with accumulating compromise.

In the midst of today’s many problems of Christian integrity and ethics, the most urgent and challenging at this present time is that of the Christian attitude to war, self-defense, and violence. There has never been a time when the weight of it pressed more heavily upon the minds of Christians than it does today. It is a question that needs to be asked and involves the whole world and includes our necessity of coming to a reasoned decision on this critical issue – in all cases it requires that we question the fixations we have to health, wealth, security, reputation and even life itself in this world. The sad thing is that it appears that, generally speaking, there has been no reasoned inquiry and that most Christians have accepted the popular explanation for this problem without question. Everywhere, by an overwhelming majority, Christians have settled in word and deed the decision to fight and shed blood, and to kill – providing it is done in defense of country or for the weak or for the maintenance of national pride and righteousness – are the Christian’s duty, right, and privilege. But, only by an act of self-deception could anyone persuade himself that this is the final word on the subject. The degree and knowledge of which the majority have been persuaded owes in large part to other factors rather than calm, impartial, and considered judgment of a Christian heart. In the tense excitement and overflowing passion of the current state of affairs, the truth and reasonableness of the “popular opinion” are not only taken for granted but is elevated to the degree of the “sacred” where dissent or disobedience merits disrespect, disapproval, and even punishment. As has happened in the past during times of crises such views cannot be tolerated. Public feelings and state watchfulness at grip with the enemy will likely check or silence any expression of disagreement. During such times the question of non-resistance and pacifism may become a closed question. But, there is a rising tide of those who have looked below the surface of popular Christian belief on this subject and are not satisfied with the false and superficial answers that have been given to its sincere doubts and questions.

The New Testament has been thoroughly studied and written upon and although no work on Christian history, ethics, and teaching, could ignore this subject, it has been out of the question by contemporary authors to exhaustively consult the writings of the Ante-Nicene Church in search of this truth. What may be called the modern interest in the early Christian attitude to war goes back only to the Radical Reformation of the Anabaptist and considers their actions only as an anomaly. The modern Church is virtually devoid of those who know anything on the subject. The greatness of those who sacrificed so much to bring this truth into the light has been continuously downplayed and ignored by popular Christianity. This can be attributed to nothing less than an attempt by Satan to hide the very core and nature of the Gospel message and to present Christ and Christianity in a whole different light.

The problem of Christianity and war is one that demands serious attention, even during ordinary times, but recent events have magnified the problem and the need for attention. The real problem is that the average Christian naturally expects to find support for his convictions from the local Church, and in fact, that is exactly what happens, so it has been left to the few who have discovered the truth to spread it with whatever means is available and with whatever skill they possess.

The words of the New Testament, the life of Jesus, the lives of His disciples, and Apostles, and the history of the primitive Church for three hundred years all speak with a clear voice and are vibrant and strong regarding this subject. With Constantine’s ascension to power, the persecution stopped and Christian leaders, still bearing the scars of persecution, were raised to positions of authority and importance. True Christianity began to go into hiding but a scarlet thread can be traced from that time to this of Christians who came to know a truth that would cost them everything. Although we live in times of relative peace the time will come once again when those who follow the Lamb in non-resistance to evil will pay the cost of true fellowship.

“But understand this, that in the last days there will come times of difficulty. For (Christian) people  will be lovers of self, lovers of money, proud, arrogant, abusive, disobedient to their parents, ungrateful, unholy, heartless, unappeasable, slanderous, without self-control, brutal, not loving good, treacherous, reckless, swollen with conceit, lovers of pleasure rather than lovers of God, having the appearance of godliness, but denying its power. Avoid such people.” 2 Tim. 3:1-5

10 replies on “Know the Truth About War, Violence, and Self-Defense!”

The Anabaptist were considered to be false teachers and paid to price when in fact it was the other way around and the Anabaptist argued convincingly to those who hated them. Zwingli confessed that the Catholics were child’s play compared to the Anabaptist who spoke authoritatively about Scripture.

Swingle apparently abandoned his non aggressive beliefs when he tried to starve the papists. What do you make of That? As there is no new testement death sentence for the heretic, are we to conclude that God has a special place for those who teach HERESY? And what about those who follow the heretical teachers without question?

Zwingli, after trying to cut off the food supply to the Catholic cantons at a time when he could ill afford a war, the hungry Catholics caught him unprepared and outnumbered. Zwingli is remembered for his stupidity. He had given up his non-violent approach years before this Kappel incident. The leaders of Zurich were not interested in a Church that was non-resistant and independent from their authority and Zwingli not having the faith necessary to build a Church like the Anabaptist easily capitulated to the firm words of the state. Heresy is no better or worse than any other sin except that the teacher will have a far heavier weight to bear through time eternal. Those who have been deceived will not escape their just punishment according to their heart’s desire that lays open before God.

How does Titus3:9-10 apply to what we are discussing here. I must conclude that the just war doctrine meets the biblical definition of HERESY, so what is the implication regarding those who choose to ignore the heretical addition to the gospel?

Seems to me that if I believe the just war doctrine is HERESY, I cannot even sit with mainline church people and agree to disagree on this issue.

Your view is correct. We cannot “agree to disagree” we must with every opportunity make a stand for the truth and suffer the consequences. Eventually, you will be asked to leave. But, don’t be contentious just for the sake of argument. Our lives must correlate with the things we profess or we will indeed be hypocritical and heretical.

Titus 3 can apply to this discussion if we engage the question for the sake of argument only like a form of entertainment. When dealing with basic truth and its misapplication in this modern age then it is important to state the facts plainly and to take any heat that those truths may generate.

2Tim3:1-5 So Steve it would seem according to this scripture that we should have nothing to do with the organized church of laodecia. I guess this is only fair since as far as I can tell they want nothing to do with us. I would have to further conclude that we should concentrate our efforts in an attempt to communicate the unadulterated Gospel of Jesus Christ to the lost world apart from the “church”.

If that is the case where you fellowship I say, yes. If we preach the whole Gospel we will likely be asked to leave. Separation from the world and non-resistance to evil have no home in the commercial Church. But, be ready always to give a reason for the hope that you proclaim. There are those within the commercial Church who need to hear the truth in patient love. Not everyone will accept the truth at first but if our words are seasoned with salt and our fortitude unshaken by persecution then some will be awakened.Remember, it was the “Church” of Jesus’ day who had Him crucified, it will be no different now.