We can all become blinded to certain things for a multitude of reasons, and so I have been blinded on this thing of Freemasonry. I know that many are swept off their feet by every conspiracy theory that comes down the pike, but I am not.

I know for a fact that our nation is falling and that that reason is spiritual at its core. I have related all of the aftereffects, i.e. economy, moral decline, abortion, the fearlessness of our enemies to invade our boarders, the rise of false teachers, etc., of this spiritual deterioration as simply the results of loosing our spiritual footing. But, now I am becoming more, and more , convinced, as the evidence surfaces, that there is something at the very center of the founding of this nation that has been seriously overlooked by Christians.

Thanks to a few friends, and as the time fast approaches for our Lord's return, this root of evil is becoming obvious.

I know people who are members of the Masons and have never considered that they have entered into any kind of pact with the Devil, although I did know that they had some weird ideas and wore silly looking aprons. But now I am finding that this "secret society" is very well developed and that it has used the occult as a foundation on which to build the nation that we have, unknowingly, accepted as wholly "Christian."

I will be doing more investigating in the days to come, but would like to offer the following question and answer letter, from a very trusted source, The Berean Call, as an introduction to some future articles. 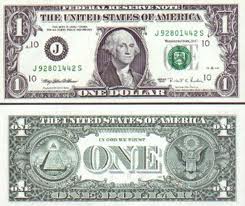 Question: I recently purchased and watched the DVD The Hidden Faith of the Founding Fathers….

Question: I recently purchased and watched the DVD The Hidden Faith of the Founding Fathers….As a homeschool mom, [I have found that] much of the material out there for homeschool use speaks of the godly foundations of this country [with] a real call in the homeschool community to raise up the next generation of Godly leaders to "take back" our country for Christ. I have always struggled with this idea and have felt uncomfortable using materials that teach this view. I was wondering if you could recommend any books that might help us further understand the role of Freemasonry in our nation's history and the significance of a whole generation being raised to believe that our nation has "Christian" roots and that we must take it back for Christ?

Response: Thanks for your comments and concern. Although there are few books written on this subject from a Berean's perspective, our prayer is to continue addressing this matter in the articles we write and in the resources we offer through The Berean Call. (See also Resource Pages.)

The Masonic deception is deep and wide and somewhat esoteric, yet in our day it is becoming increasingly obvious in all forms of human expression through architecture, art, the media, ecumenism, and works salvation. At the heart of Freemasonry and Rosicrucianism is the worship of Lucifer, the "light bringer," who promises enlightenment and exaltation (self-deification) to mankind through occult mysticism and ritual. Of course, we know that this ancient lie began in the Garden (Gn 3:4-5) and remains unchanged to this day.    Continue to read here.

2 replies on “From the Berean Call”

Steve,
Freemasonry is certainly an area that needs to be exposed for what it is – demonic.  I, too, did not understand its dangers until the Lord saw fit to open my eyes to the truth of it.  By His grace I now understand, at a minimum, that Freemasonry is not a Christian organization and many deceived Christians are heavily involved.
May the Lord guide and bless your research.
Held by His Grace,
Yvonne

Many eyes are being opened thanks to people like Chris Pinto. Satan has at least 6000 years to practice his craft, and he is very good. He truly is the deceiver of the whole world. We too would have been deceived if it weren’t for the Holy Spirit. Our eyes are open, so the question is, what will we do with our new knowledge? Thankfully, you and some others are not afraid. Every time the National Anthem is played, wherever I’m at, I am reminded of Daniel who refused to bow in patriotic allegiance along with the crowd. I no longer rise when the music plays, nor do I place my hand over my heart, nor do I remove my hat. I get some very strange looks, but I have not been confronted “yet.” I welcome the opportunity, though, to share the reason for my abstaining from this idol worship.

Thanks again; the Lord is making thing clearer as the day approaches,