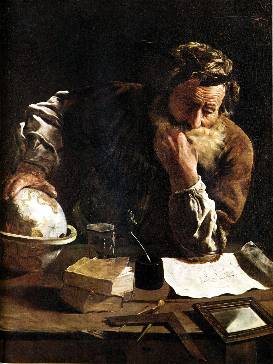 The first reported that the Education Department (Australia) has decided in their new curriculum to remove the dating reference points BC (Before Christ) and AD (Anno Domini, ie in the year of our Lord) and replace them with BCE (Before Common Era) and CE (Common Era)

The cultural vandals of the loopy left are often caught out attempting to sideline any reference to Christ. Even secular commentators have spoken up passionately against this expensive, time-wasting and vain attempt to remove Jesus from history.

I’m not sure if the architects of the new curriculum have thought through how they will answer students queries on what happened to change BCE to CE.

The other story that caught my eye related that Cardinal Pell, the highest ranking Catholic in Australia has organized an interfaith service in St Mary’s Cathedral in remembrance of 911.

Cardinal Pell is no stranger to interfaith involvement, being one of the key-note speakers at the World Parliament of Religions (WPR)in Australia recently. Just so you are aware that I’m not ” Catholic bashing” the other speaker at the WPR was Tim Costello, ordained Baptist minister and head of World Vision in Australia.

And of course the education department is ruled by the extreme left influence of the United Nations.

Pell would likely argue against the changes proposed by the boffins in the Education Department but he is essentially doing the same thing. Jesus didn’t just divide history, He divides humanity. And His division is not based on whether one is religionist or secularist, progressive or conservative, left wing or right wing. He does not advocate a particular political party or a particular religion. His issue is not between atheist or supporters of faith traditions. He owns no denomination although some have disowned Him. The mindless atheism of the cultural elites and the powerless moralising of the religious lobby are both under His judgement.

And the life of every follower of Christ is eternally divided into BC and AD. Their life without Christ and their life with Him. And those who follow Him are passionate about His exclusivity and will not muddy the spiritual waters by defiling their worship with unregenerate religionists.

The anti- Christ spirit of the leftists will go to extreme lengths in an attempt to whitewash (black wash??) history in their hatred towards Christ.

When the ultimate anti Christ appears on the scene, he will attempt to change times and seasons. (Daniel 7:25) It seems the move has begun to do just that.

But some right-wing conservative religionists has just as much disdain for the biblical/historical Jesus as the wild-eyed atheist.

How senseless is it to promote oneself as a “Christian” leader and then to trample on Christ’s repeated claims for exclusivity. In a free country (for the time being) it is the right of every citizen to speak their mind and enjoy freedom of worship but it is a little frustrating that ”church” leaders who could be using their freedoms to present Christ, instead use them to deny Him… and do it in His name!

Most Christians are rightfully upset that secularists use their position in politics and the beuracracy to force their no faith religion on every one else, and some are raising their voices in opposition. Good. But when religionists such as Cardinal Pell deny “cardinal” tenets of the faith all one hears from religious commentators is the sound of crickets.

The issue is the same in both instances. A rejection of Christ and His word. A pompous belief that man can dictate to God. A carnal willingness to impose man’s preferences upon God’s reality.

The atheistic secularist will only be in the presence of the God he denies for a millisecond before he realizes the foolishness of his anti-intellectual, anti-faith, anti bible and anti Christ bias. We pray that repentance is granted before that day.

But the rebels in the religious world wrongly feel secure in their activities. After all they are doing what they do in the name of God. They too will be in shock when Jesus’ words are heard on that day, “Depart from me , I never knew you!”

For whoever is ashamed of Me and My words in this adulterous and sinful generation, of him the Son of Man will be ashamed when He comes in the glory of His Father with the holy angels

2 replies on “Secularists and Religionists Join Forces Against Christ”

Hi Anthony
Unfortunately you have bought into a whole bunch of preconceived notions about those who follow Christ. You have swallowed the propaganda in other words.
Some of the greatest scientists in history have been folowers of Christ and many today in the top of their fields are bold followers of the risen Jesus. (google it)
The straw man image of ignorant, knuckle dragging fundamentalists is not a valid debating point. There is so much evidence to the thinking mind to support the Bible and the claims God make through His word that it is impossible to cover it in a short comment. Consider that throughout history wherever the scientific status quo has disagreed with scripture it has always changed it's view as more evidence came to light to agree with the eternal word of God. Consider the issues of spontaneous generation of life, Copernicus' biblical view of the solar system,
and even the modern scientific method which is based on a biblical world view of an orderly creation which can be examined and studied etc.
As for examining the claims of "other religions", followers of Christ have converted to Him from every religion known to man. Faith in Christ, unlike religion is based on evidence. The historical evidence of Christ' birth, death, and resurrection back His claim to be who He said He was (is). God incarnate! The prophetic fulfillment of so much written in the word, the evidence of multitudes of people throughout the centuries, the positve changes to individuals, families and nations where God's Book has been received and believed all point to the fact that the claims of Christ are real and the demands of Christ are pressing on every individual, including you Anthony. Foolish excuses will hold no weight when we stand before God to give an account for our stewardship of our lives. And we will all stand condemned for our rebellion against the obvious existence and authority of our Creator. Christ is the only lifeline available…but He is more than enough. Believe Him my friend before it's too late

How many times do we have to say we don't hate Christ?  We only dislike the unscientific approach to the question of God which never answers anything, but leaves more questions and unsatisfactory requirements on us to cast aside thought for faith – a belief system that requires no or even spotty evidence – instead of supporting theories.  The Agnostic movement for instance has gained steam, mostly for this reason – they no longer even need the Bible to evidence this claim but rather follow a 'gut feeling'.  Gut feelings may seem reliable until you make a list of how many times they do not come to pass.  I implore all Christians to examine the religions of the world and how they compare to Christianity.  Try to view them as equal instead of looking down at them as inferior.  What you will find is that none of them make sense.  I challenge you to do this.  If this does nothing to pull you to my side, you will at least find yourself more understanding of other cultures and beliefs.  What have you got to lose?  If God is so certain and so powerful, the answer is 'nothing.'