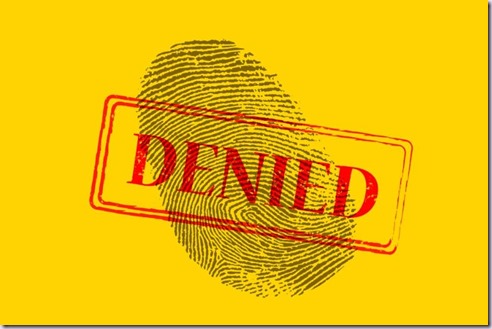 The Church, from its birth, began a noticeable downward slide of devolution and transmutation to the eventual effect that its nature was no longer unified nor spiritual. From the 3rd Century forward, it began to pass through numerous distortions in doctrine and appearance which repeatedly divided and disjointed the Body. (Bear in mind that there is a real Body of Christ which does not identify with the “popular” Church distorted by man; they are two completely different entities although referred to by the common word “Church.”) In this article, we will be focusing on the false Church and some of the causes for the transformation with an emphasis on the Church of the  21st Century.

If we are indeed in the “last days,” as almost everyone will agree, then what we find concerning the Church should be no surprise.

“But understand this, that in the last days difficult times will come. For people will be lovers of themselves, lovers of money, boastful, arrogant, blasphemers, disobedient to parents, ungrateful, unholy, unloving, irreconcilable, slanderers, without self-control, savage, opposed to what is good, treacherous, reckless, conceited, loving pleasure rather than loving God. They will maintain the outward appearance of religion but will have repudiated its power. So avoid people like these. For some of these insinuate themselves into households and captivate weak women who are overwhelmed with sins and led along by various passions. Such women are always seeking instruction, yet never able to arrive at a knowledge of the truth. And just as Jannes and Jambres opposed Moses, so these people—who have warped minds and are disqualified in the faith—also oppose the truth. But they will not go much further, for their foolishness will be obvious to everyone, just like it was with Jannes and Jambres.” (2 Timothy 3:1-9).

We might ease our conscience somewhat by thinking that Paul’s words here are about the world at large, but he is speaking about the Church specifically. In the past, the great and horrible persecutions of true believers came not from the world or government but the Church and it will be no different soon enough. But, there are some true believers within the walls of commercial Christianity who need to hear the truth and who are being called out of the false Church. Let me make one thing clear, the false Church exists everywhere under the large canopy of “Christendom” and is easily recognized by its impure and filthy actions. This article will partly expose some of these actions and dishonesty. Paul’s clear message is summed up in the above warning, “So avoid people like these.”

A person or Church may have good theology but that is no guarantee of good behavior or that they have a correct view of the world. We needn’t criticize the past for their failure. I agree entirely with the judgments against the past Church of the 20th Century and the 19th Century, etc. but I am not certain that that is my business when we have the job of judging ourselves. Those mistakes of the past are of interest only to the extent that they stand as a warning or a lesson for today.

However harsh I may seem to sound it is not in the spirit of condemnation or superiority, or of a clear conscience. All the errors of the past have rolled down to our generation. We have all suffered from and even contributed to those errors so our hands are not clean.

When I mention the “church” I am not speaking of that Body which is the living expression of Christ in the world, but rather its human adulteration (which in all truthfulness the two cannot be completely separated). I am not talking about those faithful few who occupy a place within most congregations of the masses. I am talking about the leaders, the activist, and those who are the voice and representatives of the Church in the world; they attend the rallies, speak to the crowds, pass out flyers, and encourage the vote; they look like the world, they talk like the world, and their activities are those of the world.

I fully expect to be called a pessimist or negative, but for me, it is a matter of trying to see things plainly and to brush away the subterfuge and deception that binds so many to this world. But, even in the presence of possible danger, the truth must be spoken loud and clear and truth is never pessimistic even when it becomes the target of “Christians.”

I do not have a solution. I could, of course, like all the rest, rehash the theological basis and maybe sound very convincing, and yet, have everything remain exactly as it was before. On the other hand, I can drive a stake right through the heart of the matter and create tension and lay stress at the very points where Protestantism has departed from the truth, because that is what Christ did.

Finally, in this, our final hour, Christianity has all but disappeared and we are now well past the advent of post-Christendom. It is time for failed Protestant Christianity to come down from its pedestal and off the platform, face the reality that Christendom is collapsing in on itself through worldliness and shame, and that all of those Sunday sermons have not produced a return on their investment or the fruit God demanded.

In my next article I will attempt to uncover what is hidden right in front of our eyes.

#2 Following the Church To the World

The Pied-Piper of the 21 Century

Powerful message brother, may your reward be great for these warnings!

And yet, in the midst of Babylon’s shaking, the “services” continue online, with virtual “worship teams” and sermons so that we can rest assured that our weekly religious obligations were met. There – I “saw” your pessimism and raised you one!

Ha, ha, ha. I will see your pessimism and raise one justification.

How many times have I prayed, “Lord come quickly,” can this be the beginning of the answer of all those prayers?

Keep your head down and your prayers up David.