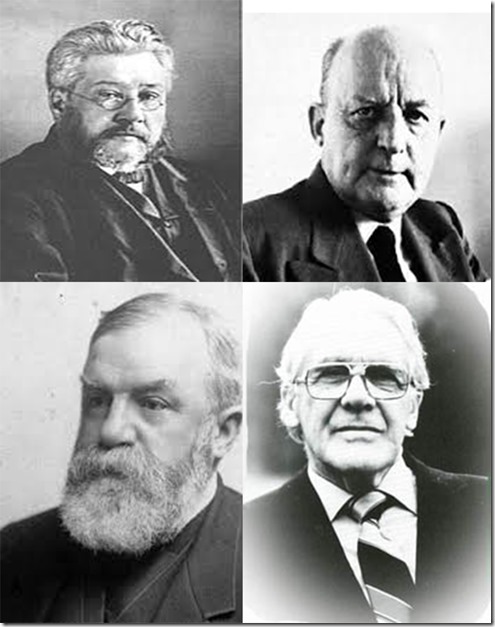 Although Charles Spurgeon was a professed Calvinist he steadfastly rejected the use of weapons and violence, as did others like, D.L. Moody, Leonard Ravenhill, and Reinhold Neibuhr. Spurgeon plainly and forthrightly spoke to the issue, as in the following quote.

“If there be anything clear in scripture, it does seem to me that it is for a Christian to have nothing to do with carnal weapons. And how it is that the great mass of Christendom does not see this, I cannot understand. Purely, it must be through the blinding influences of the society in which the Christian church is cast.” – Charles H. Spurgeon.

“Long have I held that war is an enormous crime; long have I regarded all battles as but murder on a large scale.” India’s Ills and England’s Sorrows, September 6, 1857

It is assumed by our critics that those who follow the teaching of Christ, on non-resistance to evil, are ignorant of the facts, but it appears to be just the opposite. The facts in the matter are clear and plain, and great effort must be applied to contort the words of Jesus to have Him say what He never said.

What part of “Turn the other cheek” don’t you understand?

Christian non-resistance was a core belief of the primitive church for the first three centuries, which lasted until the Roman Empire, under Constantine, after (312 AD), decided that, politically, tolerance was more efficient than persecution. Afterward, Augustine of Hippo, faced with the collapse of Rome, formulated his “just war” theory to justify Catholic Christians killing their fellow man. Since Christianity was now the official religion of the Roman Empire, the Roman Catholic Church allowed and expected military service as a righteous duty for Christians. But, Christian non-resistance was kept alive on an underground basis by persecuted sects like the Waldenses during the Middle Ages, and it has never ceased being practiced by informed Christians who believe the teaching of Christ, right up to the present time.

It is a risky proposition for a professing Christian, especially if that person is a shepherd of the sheep, to take sides with death, violence, suffering, vengeance, judging, hating, anger, and the like, and still maintain that he or she is following the meek and lowly Jesus. The risk comes at such a great price. For a false sense of security would you trade eternity? To save your life now would you give up life eternal? Is it rational to believe that the Christian survivalist, the bearer of arms, the Christian judge and Christian juror, will receive the accolades of Heaven for their efforts in peacemaking, forgiveness, mercy, and humility? Really, how much faith does it take to overcome evil with a like amount, or a greater amount, of evil? How much faith does it take to throw your hands up in self defense rather than turning the other cheek? If faith and trust is the characteristic of those who occupy Heaven, how much faith do you really have? Be honest, your life, your eternal life, may depend on it.

Out of the enormous number of those who profess to be Christians, Christ says, “Only a few” will make it to Heaven. The reality is that Hell will be occupied with many professing Christians who were self-deceived because they refused to believe the commands of Christ. Do you even know what the commands of Christ are? Read chapters 5, 6, and 7 of the book of Matthew; no commentary needed!

There have been many great Christian men who lived and preached a life of non-resistance to evil. This is a very important question and could come down to that great test of whether you really believe Jesus or merely have a pretense of belief. If you value truth, please do not wait; you must choose who you will serve; you cannot serve two masters.

This is what the Lord says: “Cursed is the one who trusts in man, who draws strength from mere flesh and whose heart turns away from the Lord. That person will be like a bush in the wastelands; they will not see prosperity when it comes. They will dwell in the parched places of the desert, in a salt land where no one lives.

“But blessed is the one who trusts in the Lord, whose confidence is in him. They will be like a tree planted by the water that sends out its roots by the stream. It does not fear when heat comes; its leaves are always green. It has no worries in a year of drought and never fails to bear fruit.”

The heart is deceitful above all things and beyond cure. Who can understand it?

“I the Lord search the heart and examine the mind, to reward each person according to their conduct, according to what their deeds deserve.” Jer. 17:5-10

Blessed is the one who perseveres under trial because, having stood the test, that person will receive the crown of life that the Lord has promised to those who love him. James 1:12

2 replies on “Charles H. Spurgeon an Advocate of Peace”

Brother Steve,
Thanks so much for clearly following the words of Jesus in your articles to “Love Your Enemies.” I really appreciate this article that shows that popular writers and speakers also advocated for this position of totally following Jesus in this area as well. I am wondering if you could send me a couple quotes from the brothers you mentioned such as D.L. Moody, & Leonard Ravenhill that show that they advocated for the biblical position of Non-resistance / Suffering Love.
Following King Jesus,
Caleb L. Jenkins

Thanks for the comment. Below are a couple quotes. There is not a whole lot from Leonard Ravenhill, but David Bercot does provide us with one that speaks loud and clear as to his convictions.

D. L. Moody
http://www.anabaptists.org/tracts/moodywar.html, http://rationalwiki.org/wiki/Christian_pacifism
But, in spite of all these heavy pressures toward the war, Dwight L. Moody could not enlist. Read his own words on the matter: “There has never been a time in my life when I felt I could take a gun and shoot down a fellow being. In this respect I am a Quaker.” Precisely! This was the identical attitude of the Quakers, Mennonites and Dunkards in the Civil War: Anti-slavery, pro-Union but faithful to the commandment of Jesus Christ to … “Love your enemies, bless them that curse you, do good to them that hate you, and pray for them which despitefully use you and persecute you” (Matt. 5:44).

I hope this helps,