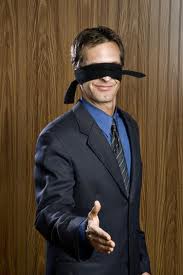 Right up front I want to say that I have a great amount of respect for all those who are fighting to expose this end time religious delusion that is sweeping across the face of the planet.

The Gospels and the Epistles consistently warn against forming any bond, relationship, or alliance with the world, and promises to delude all who will not heed the warning.

From the time of the Apostles to the reign of Constantine, about 240 years, the world made great inroads into Church administration and governing. By the time Constantine arrived on the scene, the Church was ripe for bondage. At this time, the Church officially welded itself to the world with chains of impenetrable steel. The new church/state hierarchy sanctioned the association, and the Bible was now read, taught, and understood through the half blind eyes of these new theological princes and governors who only faintly remembered the struggling, weak, and poor Church of the Apostles. The priesthood of believers had totally surrendered to new definitions of “clergy” and “laity.” That small little snowball that started its downward decent some 1700 years ago has now become a mega-snowball having collected many errors in the process.

Although the Reformation partially restored the faulty sight of the blinded Church its vision remains clouded and blurred by men who insist that the Reformation cured all aliments, but continue to hold onto the old institutional authority and power.

It is not difficult to see this, and I am surprised that nary a one, of so many talented teachers, even cares to consider the polluted paper trail linking the Church to the world. But, then, why should they? These men now have a stake in seeing to it that this truth is forever forgotten, ignored, sidestepped, or buried. Which one of them will, with an honest heart, investigate what I say, and prove me wrong? Can one in hundred of them discover the blatant errors of their own ways? Can one in ten hundred humbly step aside and step down from his lofty perch? Granted a few have, but they are few. With the greater magnitude of their fame and fortune, so less the likelihood of self-examination and self-prosecution, before the bar of Biblical truth.

I believe that most of these teachers and leaders, priest and pastors, popes and potentates, are just ignorant of the truth on this matter. But, as the old saying goes, “ignorance is bliss,” especially where their livelihood comes into question. Unfortunately, ignorance of the truth is no excuse with the Lord. The ignorant and the willfully ignorant are judged equally in God’s court.

To purposely contemplate and initiate our own demise sounds insane to the average person, which is the majority of those filling the pews on any given Sunday, and simply beyond comprehension. True Christianity, as developed and taught in the New Testament, by Jesus and the Apostles, is tantamount to committing economic and social suicide, if not literal suicide, and most ignore the literal teaching and op for something more appeasing. Really, God’s demands to the natural man are outrageous, when viewed in the flesh. Death and dying are the common currency of real Christian life, and death leaves no room for debate or compromise; death is death. The Christianity of the early Church was comprehensive and costly in this regard, and consequently, the “gate” was hard to get through, and the “path” was narrow, with very few travelers.

Can you see why there are those who see with one eye the darkness setting in across the landscape, yet fail to see the utter darkness of their own definition of the Church? Their organization’s CEO’s write and sell books, produce articles and newsletters, go on radio and television, quote Scripture and highlight prophecy, yet ignore the plain teaching that the institution of which they are a part of exist nowhere in the Bible, and is only a brick and mortar production of talented men.

“Men who live in glass houses should not throw stones.” I agree with most of what these organizational watchmen say, and they are right for the most part about the gross corruption of the Church, what I disagree on is their definition of the Church. They should be careful to condemn one corrupt organization while being part of another corrupt organization; God declares them both in an adulterous relationship and commands us to come out from them.

The blindness of their one eye is self-inflicted. There is no reason for the blindness. If every religious building were to closed today, and every religious leader fired, the heathen would scatter like cockroaches for some dark corner, and the righteous would seek out fellow saints, and the Holy Spirit would begin to lead His Church again. Only the Holy Spirit can do what men have tried and failed to do for nearly 2000 years. It is time to obey.

"Do not be unequally yoked together with unbelievers. For what fellowship has righteousness with lawlessness? And what communion has light with darkness? And what accord has Christ with Belial? Or what part has a believer with an unbeliever? And what agreement has the temple of God with idols? For you are the temple of the living God. As God has said: 'I will dwell in them and walk among them. I will be their God, and they shall be My people.'

'Therefore 'Come out from among them and be separate,' says the Lord. 'Do not touch what is unclean, and I will receive you. I will be a Father to you, and you shall be My sons and daughters,' says the Lord Almighty.”  2 Corinthians 6:14-18

2 replies on “Blind In One Eye”

To the one who posted blind in one eye / to those who have a true understanding of this post:
I have read various things on the internet and have never responded, however, I respond to you because I truly believe that what you have stated was Holy Spirit taught and bible confirmed. I pray that the Lord continue to keep you in His way and His way alone being taught only by the Holy Spirit and being in fellowship only with those whom he has called. While at the same time allowing the Holy Spirit to speak His truths through you to the organized church and to the world as a testment to those who are ready to receive it. God be with continue to fight the good fight of faith.

Thank you for those kind words and support, and for your prayers.

The fog is beginning to lift a little and many are starting to see things more clearly. The revelations of the Spirit come slowly for most of us who have gathered so much extra baggage in our seeking the truth. As we unload that baggage the Word of God takes on real meaning, and is almost like another book, only written in plain English. The last six years have been an unfolding of deep truth, and it has come most often as manna from Heaven; I gather, and digest, and the Lord replenishes. It is not as though I see perfectly yet, as a man with both eyes wide open, but the Lord provides, “For it is precept upon precept, precept upon precept, line upon line, line upon line, here a little, there a little.”